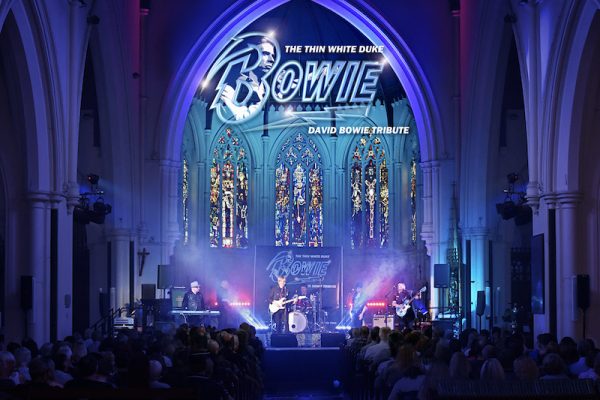 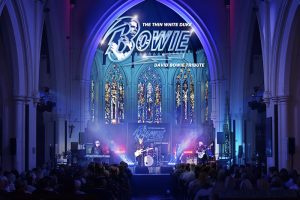 The Thin White Duke are a 5 piece David Bowie Tribute Band playing in the South of England which, since forming 17 years ago, has become a favourite on the tribute scene. Their name is taken from David Bowie’s 1976 persona and character, primarily identified with his album ‘Station to Station’ (released that year), and mentioned by name in the title track.

On stage, the band capture the sound and vision of a live Bowie concert, taking you on a journey from Ziggy Stardust to the Thin White Duke and beyond. Hits such as “Space Oddity”, “Starman, “Heroes” and “Let’s Dance” are delivered with faithfulness to the original recordings.

The Thin White Duke have performed at popular festivals including Colchester’s Party In The Park, and St George’s Festival for Beckenham and have twice headlined the “Memory of a Free Festival” event held in David Bowie’s former home town of Beckenham, playing on the very same stage that Bowie did in 1969. The band has strong ties to Beckenham. Vocalist Scott lives in Beckenham and has performed solo at “Memory of a Free Festival”, “Bowie’s Beckenham Oddity” and “Wordfest”.

In 2018 the band headlined an anniversary celebration held at David Bowie’s former school in Bromley, alongside Bowie’s schoolfriend and collaborator George Underwood and members of David’s first ever band the Konrads. Other friends and contemporaries of David Bowie including musician Bill Leisegang and writer Mary Finnegan have also praised The Thin White Duke’s.