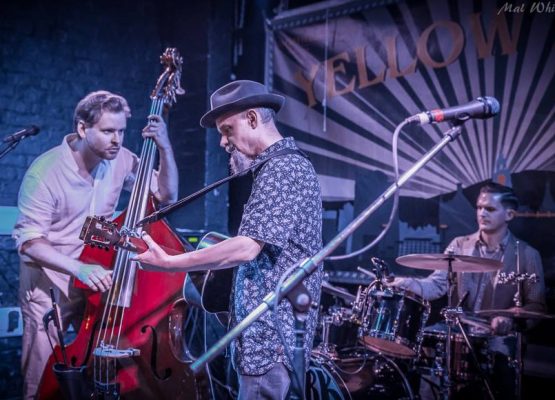 Mark Harrison is an established London based artist who performs all-original songs in a unique roots/folk/blues style. His music is widely regarded as wholly individual and is very well received by a wide variety of audiences.

Recently he has had airplay on BBC Radio 2 and featured in its playlist, enjoyed very good slots at a number of popular festivals including Celtic Connections, where he had a sellout headline concert, Bluesfest at the O2, the Great British Folk Festival, the Acoustic Festival of Britain, Bearded Theory, Lakefest and Jazz FM Love Supreme Festival. He’s played gigs at excellent venues all over the country.

On-line ticket Sales for this event are now closed. Tickets are still available from the Beckenham Bookshop, the Parish Office and will be available on the door.

Mark Harrison has established a reputation for a unique and original style of music based on that of the early folk/blues artists but with a modern twist which has wide appeal to audiences of all kinds.

His songs are highly individual with memorable tunes and strong rhythms, with striking, interesting lyrics about a wide range of unusual topics to which he gives enjoyable introductions explaining both the songs (many have stories behind them) and lyrics.

He performs as a solo artist and in lineups singing and playing National guitars and a 12-string with a finger-picking and slide guitar style which is regarded as highly distinctive. Lineups range from trios to full band with a top-class band of brilliant musicians, which often features double bass and drums. Audiences regularly comment on the unique and exciting nature of the sound they make together and the high quality of the musicianship.

He has played in a number of live radio sessions for highly-regarded shows, including some on BBC Radio and Jazz FM and recently appeared with his band in a show on Vintage TV.

Features have been run and he has given interviews for a number of influential magazines, including R2 magazine, and Blues in Britain, Spiral Earth, CalibreBlues Matters. He has been nominated in several categories in the British Blues Awards and his extensive gigging and airplays have recently attracted considerable attention and generated great reviews. He is considered to offer something genuinely new and different.

The Panoramic View, Mark’s latest album, has received fantastic reviews in well-regarded print and online media in the UK, the US and Europe, and airplay on a very large number of radio shows in the UK (including BBC) and around the world, as was the case with his previous albums.

A film of one of Mark’s songs was recently made by a director who works for Ridley Scott’s organisation – this film was showcased at the Cannes Film Festival, where it got a great reception. 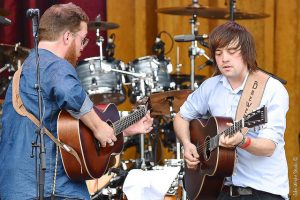 Since then, they have played together all over the UK, notably at Fairport’s Cropredy Convention 2018, the 2018 Cambridge Folk Festival and the UK Americana Awards in 2017, as well as at the AmericanaFest in Nashville in 2017 where they were invited to showcase.

Smith and Brewer supported 10cc and Ralph McTell on their Autumn 2018 tours of the UK between October and December and they also recently sang backing vocals on Ralph’s upcoming album, produced by Tony Visconti.

They have recently finished work on their debut album, Another Shade Of Smith And Brewer, which was recorded at Coltsfoot, a friend’s barn which they converted into a studio for a week. This allowed them to record together live both as an acoustic duo and a full band. The tracks were mixed by Ben and Jimmy and mastered by David Mitson (noted for his work with Michael Jackson, Willie Nelson and more).