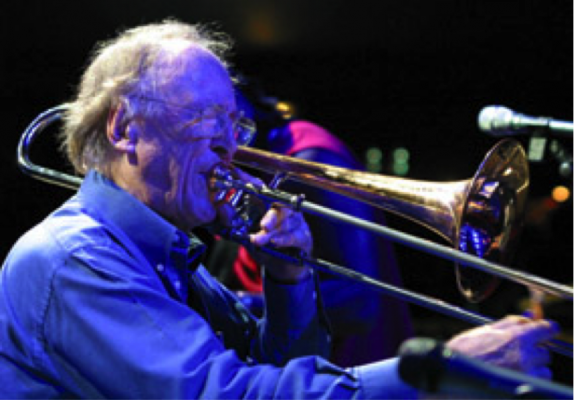 2014 sees British jazz trombonist Chris Barber celebrates his 65th year as a bandleader and 60 years as bandleader of the Chris Barber Bands. Inspired by the King Oliver Creole Jazz Band, Chris formed his first Barber New Orleans Band in 1949 at the age of nineteen. In 1953, along with Monty Sunshine and Lonnie Donegan, he joined forces with Ken Colyer. With the replacement of Ken Colyer by Pat Halcox in 1954 Ken Colyer’s Jazzmen became Chris Barber’s Jazz Band, which has been one of Europe’s most successful traditional jazz bands ever since.

On the 14th of May this year Chris Barber was presented with the 2014 All Party Parliamentary Jazz Appreciation Group Special Award for his outstanding contribution to British Jazz Music and on the 21st of July he is is to be awarded the German Jazz Trophy 2014, at the Jazzopen Festival in Stuttgart both fitting awards for this celebratory year.