Tamara studied music from an early age and majored in violin in her native Ukraine.  She started her vocal studies with Lyudmila Tretiak in Kyiv and then learned with Dodi Protero in New York and later with Enid Hartle and Robert Presley in London.  She currently studies with Paula Anglin. 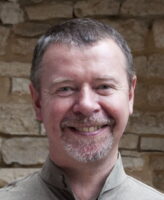 Andrew Robinson studied at the Royal College of Music where he is now a professor specialising in the song repertoire, taking classes in the interpretation of Lieder and French Song, as well as coaching individual singers. He also coaches opera singers, is a choral accompanist, and répétiteur. As a collaborative pianist he has given recitals with both singers and instrumentalists throughout Europe, as well as in North America, Pakistan, Israel and Lebanon, and has broadcast on BBC Radio and Television.