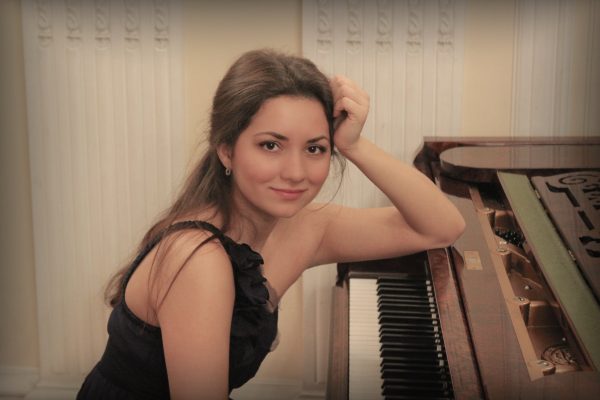 Tickets £15, £5 under 25s on sale at www.sgco.co.uk from Beckenham Bookshop and The Parish Office from date to be advised

Arina Lazgiian is an exceptional young talent. Since her arrival in England in November 2016, she has given some remarkable performances. These include two memorable concerts with the Royal College of Music Symphony Orchestra (video available on lazgiian.com) of the virtuosic Saint-Saëns Piano Concerto no. 2, the first of which was a gala occasion in memory of Sir David Willcocks. Her solo recitals display her prodigious technique, and the varied and colourful repertoire of her programmes, which have included works by Domenico Scarlatti, Beethoven, Medtner, Tchaikowsky, Liszt, Mussorgsky, Ravel, Saint-Saëns, Rachmaninoff, Shostakovitch, Horowitz and Desyatnikov.

In 2015 Arina graduated from the Moscow Conservatory where she studied under the renowned pianist Professor Vera Gornostayeva. In 2017, At the Royal College of Music, Arina won the Hopkinson Gold Medal for piano in 2017. She was also the Royal College of Music’s nominee for the final of the Jaques Samuel Intercollegiate Piano Competition in the Wigmore Hall. In 2018, as a Future of Russia scholar, she graduated as Master in Performance at the Royal College of Music, and was then awarded the Benjamin Britten Fellowship for 2018/19. This Fellowship supports an exceptional pianist who has been accepted to the RCM Artist Diploma Course. In 2018, she reached the finals of world-renowned Busoni competition which will be decided this coming August in Bolzano, Italy. Meanwhile, she has given recitals for the Keyboard Charitable Trust, and in France, broadcast on France-Musiques’s programme Générations- live! 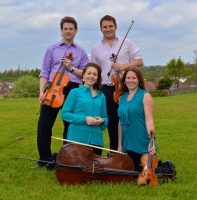 The Quartet’s leader is Peter Graham who has been the SGCO’s principal 2nd violin since the formation of the orchestra in 2004. Peter is a member of the Royal Philharmonic Orchestra.

Lucy Curnow is the second violinist and a longstanding member of the BBC Symphony Orchestra.

Dominic Moore, Musical Director and a founding member of the SGCO, is the Quartet’s violist.

Our cellist is Anna Beryl who is a regular guest with the BBC Symphony and BBC Concert Orchestras.