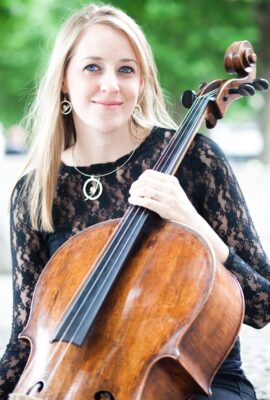 With Mozart – full programme to be announced

Praised for her ‘technical security backed up by rare musical sensitivity’ by The Independent, Katherine is recognised as one of the UK’s leading cellists specialising in solo and chamber music.

Since studying at the Royal Academy of Music, Katherine has performed as recitalist and concerto soloist throughout Europe, in Africa, Asia and the USA. In contemporary music, she has worked closely with composers Arvo Pärt, Oliver Davis, Anthony Payne, Richard Allain and Thomas Hyde. In 2018 Oliver Davis invited Katherine to record his cello concerto ‘Morpheus’ with The Royal Philharmonic Orchestra, an album which subsequently became a Classic FM and iTunes hit.

Richard Allain is currently composing a concerto for Cello and Hang for Katherine and international star, Manu Delago which will be performed and recorded in 2022/23. Katherine will also be performing and recording the world premiere of a new chamber version of Elgar Cello Concerto in June 2022.

Chamber music is a key part of Katherine’s musical life. She was a member of The Allegri String Quartet (2008-2011) and is a founder member of The Aquinas Piano Trio, performing with them in the UK and abroad with a special connection in Menton, France. The Trio have a busy recording schedule and are about to release a three album series on the Naxos Label, having recorded the early Haydn Piano Trios and the Smetana, Rachmaninov, Lawrence Rose and Michael Stimpson trios during the last year.

Katherine has directed masterclasses at Trinity Laban, Kazan Conservatory (Russia) and at the Music Conservatory in Kazakhstan. The Royal Academy of Music regularly invite Katherine to adjudicate student exams and Chamber Music Awards and recently awarded her an Associateship (ARAM) in recognition of her achievements.

Katherine plays on a 1703 Italian cello by Taningard and is grateful to the Countess of Munster Musical Trust for their help in the purchase and restoration of this instrument. 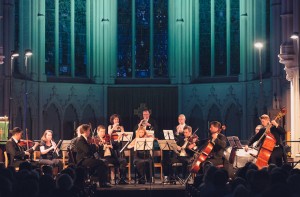