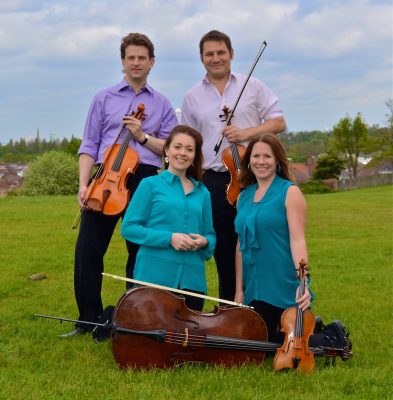 The Quartet’s leader is Peter Graham who has been the SGCO’s principal 2nd violin since the formation of the orchestra in 2004. Peter is a member of the Royal Philharmonic Orchestra.

Lucy Curnow is the second violinist and a longstanding member of the BBC Symphony Orchestra.

Dominic Moore, Musical Director and a founding member of the SGCO, is the Quartet’s violist.

Our cellist is Anna Beryl who is a regular guest with the BBC Symphony and BBC Concert Orchestras.

The Quartet can be engaged to give recitals and play at a variety of other events and functions please click here for details.