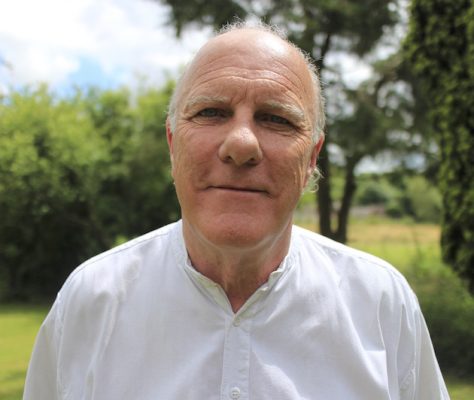 Join Richard for a celebration of his 50 years of songs and stories that led to a BAFTA Nomination and The British Academy of Composers Gold Award. 31 albums, music for Bill Bryson’s audio book and over 3 million YouTube views prove it was a successful journey. He is supported by acoustic duo The Broadside Boys on their first British tour as they promote their new album Plenty More Fish In The Sea.

2017 marks 50 years of performing by Richard Digance. With a BAFTA Nomination  and Gold Award from The British Academy of Composers, he turned his back on show biz for his first love of music. 4,000 live shows, 62 British tours, 14 books, 32 albums and nearly 4 million YouTube visits says it all. He composed the audio book music for Bill Bryson’s best-seller ‘The Road To Little Dribbling,’ and songs for the upcoming London musical ‘The Elephant Man.’ His Animal Alphabet poems, serialised by The BBC, are used as English Teaching Aids, in 14 countries from The USA to Swaziland,his guitar instrumentals are used on numerous TV productions. He supported Robin Williams at The London Palladium, and supported Steve Martin in The USA. On TV he played guitar with Queen’s Brian May, Status Quo and The Moody Blues.

In the words of BBC Radio 2s Bob Harris ‘ Richard Digance is a National Treasure.’

Richard Digance is brilliant. I’m delighted he contributed to my audio book’ Bill Bryson, author of The Road To Little Dribbling 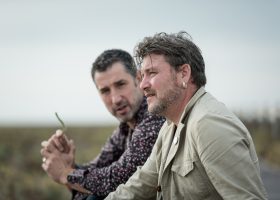 Folk From the East

The Broadside Boys are fast establishing a name on the national Folk scene, with performances at Folk clubs and Festivals across the country, and appearances on Television and Radio. With a catalogue of songs inspired by their experience of country life in the East of England, and the characters and events that have shaped them, the Broadside Boys are a dynamic and entertaining celebration of our rural heritage.

Performing on stage with passion and intellect, the Broadside Boys entertain with songs of tragedy and heroism, of plane crashes and ship wrecks, sailors and steam trains, of merchant seaman on the Arctic convoys, of hedge preaching wheel wrights and of game keepers and one-armed headmasters!

Eric and Mat were raised barely three miles apart in small villages near the coast in rural Suffolk. School friends, then team mates at the local football club, their bond has defined their musical partnership. The shared experience of growing up together and their long standing friendship is much evident onstage, and in their musical collaboration.

Formed In 2011, the journey so far has taken the band from Suffolk Alehouses to the biggest stages in the Folk World, With performances at Folk East, Cambridge Folk Festival, Ely Folk festival, appearances on Radio and TV, and at venues, clubs, pubs and festivals across the UK.

2017 sees the boys embarking on their first national tour as special guests of Richard Digance on his 50th anniversary, 11 month tour of the UK.

“They really are one of our local gems”. John Marshall-potter (Festival director, FolkEast)

“Songs of Substance, a must See”.  Richard Digance.