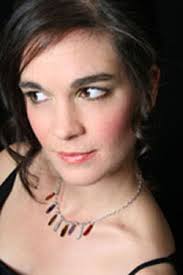 Siobhain O’Higgins is a pianist and accompanist. She read music at Birmingham University, and subsequently specialised in collaborative piano playing at the Guildhall School of Music and Drama in a two-year postgraduate course. This was followed by a Junior Fellowship in Accompaniment at the Royal Scottish Academy of Music and Drama. Whilst studying at the GSMD, Siobhain won the School’s Accompanist Prize, and later the Megan Foster Prize, the pianist’s prize in the Maggie Teyte Competition.

Since then she has been based in London, working mainly as a recitalist and a vocal coach. During this time she has performed in numerous and diverse locations including Linbury Theatre, Royal Opera House, St James’s, Piccadilly, Southbank Centre, the Austrian Cultural Institute, the House of Lords and the Tower of London, as well as less stable locations aboard Swan Hellenic’s Minervas 1 and 11! Recital partners have included Paul Hamburger, Elizabeth Watts, Phillip Smith, Ameral Gunson and Lee Biset, among others.

Siobhain has given live performances on BBC Radio, most notably Radio 3’s In Tune, with Marlene Grimson. In 2006 she made her television debut on Channel 5’s The Singing Estate, which involved working in Oxford’s Blackbird Leys Estate, and training from scratch a choir of 40, leading to a final concert in London’s Royal Albert Hall. This type of work is something that Siobhain enjoys, and is part of a chain of much more long-term projects which involve her in the community – most notably Lost Chord, where she gives concerts to suffers of Dementia, and Streetwise Opera, for whom she gives weekly workshops and performances with some of London’s homeless people. Until 2004 Siobhain gave concerts in the Live Music Now! scheme, which brings young musicians to audiences with special needs. This gave her invaluable experience, for which she will always be indebted.

For several years Siobhain was vocal coach and Musical Director for Birkbeck College’s Foundation Course. Most recent work in this sphere took place at Zezere Arts Festival, Portugal, where she directed Puccini’s Suor Angelica (July 2014) which was performed at the inspiringly beautiful locations of Convento di Cristo, Tomar, and Dornes. This followed three years working on various other Zezere production operas, such as The Fairy Queen (Purcell) and Monteverdi’s Orfeo.

Siobhain particularly enjoys orchestral work, and some of her experience here includes performances with the RSNO and BBC Scottish Orchestras, and RSAMD Opera Orchestra, and most recently Britten’s St. Nicholas with St. George’s Chamber Orchestra, Beckenham.