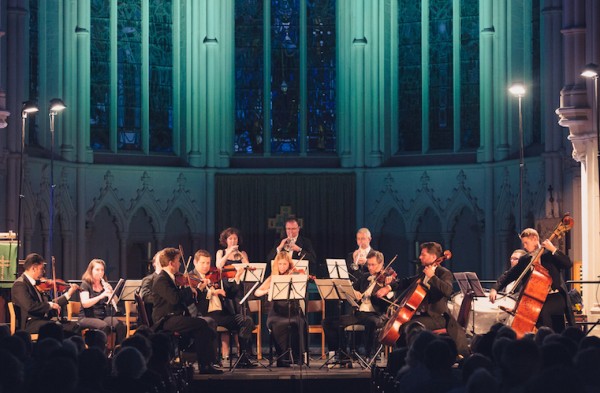 Copland Hoe Down from Rodeo

Gershwin Things Are Looking Up 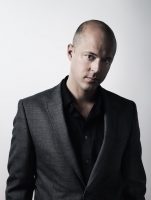 James studied music (violin and voice) at Manchester University followed by a post graduate year at The Royal Academy of Music in London.

He currently teaches singing at The Royal Academy of Music in London, Ballet Central and Arts Educational Schools, London.
As an actor and singer, James has appeared in a number of West End Musicals and National Tours including Man of La Mancha, Sweeney Todd, The Woman in White, The Phantom of the Opera and Chess. He has sung on many radio broadcasts for BBC Radio 2 and has appeared as a soloist with the Bournemouth Symphony Orchestra and London Concert Orchestra.

As a concert artist, he has soloed in many of the UK’s greatest concert halls, including The Royal Festival Hall, The Royal Albert Hall, The Barbican, Birmingham Symphony Hall, Manchester’s Bridgewater Hall and Glasgow Royal Concert Hall.

As a session singer, he has sung with Capital Voices, Synergy Vocals, Steve Sidwell SFX Choir and has provided backing vocals for TV and artists including The X Factor, Britain’s Got Talent, Pop Idol, The Graham Norton Show, Russell Watson, Lesley Garrett, Sarah Brightman, Martine McCutheon, Joy Division and Bring Me The Horizon.

He has sung on numerous Film/TV and game soundtracks including HBO’s Galavant, The Wrath of The Titans, The Voyage of The Dawn Treader, Nine, The Phantom of the Opera, The League of Extraordinary Gentlemen, Around the World in Eighty Days and the Killzone Trilogy.He has also supplied voices for Spamalot (online game) and James Villas.

As a composer and arranger, he has a love for Jazz and Big Band music. James’ big band ep album “Do You Read Me?” is available to buy. He writes for Synctracks, Brilliant Music, Jellybox Music and Cinephonix ; all production libraries based in London.
He lives in London with his wife and daughter.

Maxime Tortelier is an exciting talent emerging on to the international conducting scene, having made his mark as the Leverhulme Young Conductor in Association with the Bournemouth Symphony Orchestra, a post he held for two years until September 2014. With this orchestra he appeared regularly in concerts across the South and South West of England, and was reviewed as “outstanding” and “charismatic”.

Maxime’s successful conducting debuts include engagements with the Orchestre Philharmonique de Luxembourg, the Opéra-Orchestre National de Montpellier and Ulster Orchestra. His debut with the BBC Philharmonic Orchestra in 2014 led to a re-invitation to the orchestra, with whom he made his BBC Proms debut in 2015. He has appeared regularly with the Orchestre National de France, which he first conducted in 2014. Highlights of 2016/2017 include a debut with London’s Southbank Sinfonia and a residency with the National Youth Orchestras of Scotland.

He made his conducting debut in 2009 with the Sofia Festival Orchestra at the Accademia Chigiana in Siena. In 2012 he was semi-finalist in the Donatella Flick Conducting Competition and was singled out as the “outstanding participant” of a masterclass with the Baltimore Symphony Orchestra and Marin Alsop. During other courses and masterclasses he conducted the Royal Scottish National, Tasmanian Symphony and BBC Concert orchestras, working with David Zinman and Martyn Brabbins among others.

While in Colin Metters’s conducting class at the Royal Academy of Music, Maxime worked with the Academy’s many different ensembles and singers, under the additional guidance of such figures as George Hurst and Leif Segerstam. He also rehearsed the Academy’s orchestras in preparation for performances by Sir Simon Rattle and the late Sir Colin Davis. His MA at the Academy was generously supported by the Gordon Foundation.

Born into a musical family, Maxime studied the piano from the age of five. Before picking up the baton, he graduated in literature and languages at the Ecole Normale Supérieure in Lyon and was Teaching Assistant at Harvard University. He taught musicology in Paris at the Ecole des Hautes Etudes en Sciences Sociales after completing his MPhil there, and studied theory and composition at the Paris Conservatoire where he received several first prizes.

Maxime is a Leverhulme Arts Scholar.