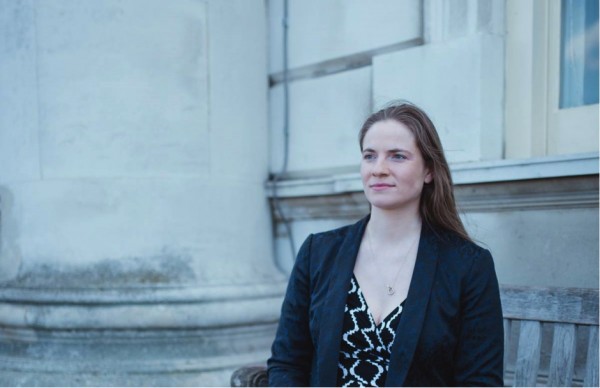 G.F. Händel: Too well I see… You’ve Undone Me, Look Not On Me (from Semele)

Mussorgsky: Skazochka pro to i pro syo (from Boris Godunov) 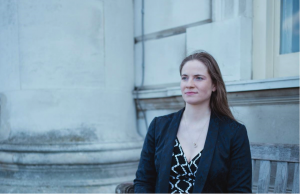 Lithuanian mezzo soprano Milda Fontanetti gained a MMus Degree in Vocal Performance as a Trinity College London Scholar at Trinity Laban Conservatoire of Music and Dance under the tuition of Lynton Atkinson and Rianka Bouwmeester assited by the generous support from Trinity Laban External Courses Fund.

Milda was drawn to music from an early age, perhaps influenced by her pianist mother. She spent three years at the National M. K. Ciurlionis School of Arts (Lithuania) and later graduated from the Moletai Music School in piano. She then took a break from music gaining an Undergraduate Degree in Business Management and Administration at Vilnius University (Lithuania) before moving to England, where after joining Bournemouth Symphony Chorus she decided to pursue a career in singing and started having lessons with Lynton Atkinson, which eventually led to postgraduate studies in singing.

Milda was a chorus leader and sang solo chorus parts in both the 2015 production of Mozart’s Idomeneo and the 2014 production of Rossini’s Count Ory with Blackheath Halls Opera. She took part in a staged production by Trinity Laban Conservatoire of Music and Dance of Handel’s Belshazzar and in 2015 was a chorus member in a production of Stravinski’s Rake’s Progress at Bury Court Opera. She is also a Student Member of the London Philharmonia Chorus.

Concert performances include her siging the Alto solo in Haydn’s Nelson Mass at the Old Royal Naval College Chapel with University of Greenwich Orchestra and Choir. Milda performs regular recitals in London and in Lithuania and is currently working on song repertoire with pianists Marzia Hudajarova and Alvaro Siculiana. She has enjoyed working with Eugene Asti in The Schubert Project and was a finalist in the Elisabeth Schumann Lieder Competition.

Milda has participated in various masterclasses with Roger Vignoles at the Wigmore Hall, Sophie Daneman in the Oxford Lieder Festival and Sir John Eliot Gardiner in the Royal Greenwich International Early Music Festival.

She also is a keen recitalist and concert singer. Ulrike appeared as a soloist at the Royal Greenwich Early Music Festival under Robert Howarth and she participated in a masterclass with Sir John Eliot Gardiner.

She has enjoyed working with Eugene Asti for the Strauss Festival and the Schubert Festival and was a finalist in the Elisabeth Schumann Lieder Competition 2015.

Ulrike studied singing with Lydia Vierlinger at the Universität für Musik und darstellende Kunst Wien, where she gained her magisterium artium (MA) in 2012 with distinction. She continued her training in London at Trinity Laban with of Sophie Grimmer and Helen Yorke, where she completed her Postgraduate Artists Diploma in 2015 again with distinction. She is grateful for the support by the Kathleen Roberts Vocal Scholarship (2013-15).
Ulrike always aims to improve her performance by attending masterclasses and coachings with outstanding musicians such as Graham Johnson, Julius Drake, Joan Rogers, Norman Shetler and Michael Chance. 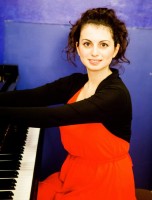 Growing up in Azerbaijan, the Netherlands and then moving recently to London, Marzia has experienced many different cultural and musical influences, which have all played their part her development both as a soloist and a chamber music pianist.

Born in 1989 in Baku, Azerbaijan, Marzia learned the piano from the age of six with Adila Aliyeva at the conservatoire there and while also having private lessons with Tamila Guseyevna. In the conservatoire competitions, she won a number of first prizes and as a soloist and performing in chamber music. At the age of nine, Marzia and her family moved to the Netherlands where in 2001 she continued her piano studies with Aalie Hutteman.

Marzia was won a place the Prince Claus Conservatoire in Groningen In 2007 where she studied with Nata Tsvereli. She was awarded her Bachelor’s Degree in Piano Performance in 2012. She studied for her Masters with Paul Komen, during which time she spent three months as an exchange student at Trinity Laban Conservatoire of Music and Dance in London. She completed her Master’s Degree in 2014. In that same year she received a scholarship from Trinity Laban Conservatoire and several awards given by ‘The VSBfonds’, ‘Prins Bernhard Cultuurfonds’ and ‘Andrea Elkenbracht Scholarship’ from the Netherlands to continue her studies in London where she completed a Postgraduate Artist Diploma with Deniz Gelenbe and Gabriele Baldocci.