Please Note this concert is at 7.30pm and not 8pm as advertised in some literature.

Recognised as one of the most versatile and charismatic pianists, Annabel has won all the major accompanying prizes, including the prestigious Kathleen Ferrier, Gold Medal, and Richard Tauber Piano Prizes. She has collaborated with renowned artists such as Roberto Alagna, Bryn Terfel, David Kempster and “Only Men Aloud!”

As a Soloist and Chamber musician, she has toured and performed in many countries, including the USA at Carnegie Hall and Queens College, Walter Hall in Canada, France, Italy, Sweden and Slovenia, and in England, concertos at the Birmingham Symphony Hall and Imperial College, London. As a duo, both with instrumentalists and singers, she has performed at the Royal Albert Hall, Barbican Hall, Cadogan Hall, Wigmore Hall (with cellist Mats Lindström), Bridgewater Hall, Wales Millennium Centre, St. David’s Hall, Cardiff, and the Machnylleth, Oxford and Leeds Lieder Festivals.

Annabel has recorded for Universal records with the “Scottish Tenor”, whose album was nominated for a Classical Brit Award and is regularly played on Classic FM. Twice the accompanist for the Festival of Welsh Male choirs, her performances at the Royal Albert Hall were recorded by Sain and have been aired on S4C. She is also a film session pianist, having recorded at Abbey Road, the music for the film “Awake”, the BBC Jane Austen series “Emma”, “The Secret Diaries of Miss Anne Lister” and most recently she has appeared on both Blue Peter and “The Rob Brydon Show”.

Her extensive teaching and accompanying experience includes being the Course Director of the Junior Pro Corda International Chamber Music Academy, adjudicating at the National Chamber Music for Schools competition and also for the Pianoforte class at the Watford Music Festival. In addition to being an Associated Board Music examiner, Annabel is extremely committed to outreach projects, having been a member of the “Live Music Now!” and “Lost Chord” schemes and most recently she has performed a number of workshops and concerts, introducing Lieder to children as part of the Machynlleth, Oxford and Leeds Lieder festivals.

Annabel studied at the Guildhall School of Music and Drama with Senior professor Joan Havill, and also at the Conservatoire National Supérieur de Musique et Danse, Paris. She was the recipient of numerous scholarships including the MBF award for accompanists, and an English Speaking Union scholarship to study at the Ravel Académie, Franz Schubert Institute, Fondations de Royaumont and Académie Villecroze, France. She is also a qualified Vinyasa Flow Yoga Teacher and most recently a presenter for Meridian Radio. Please tune in to http://meridianradio.co.uk and enjoy music from the movies and light classical pieces for children every Tuesday morning at 10am.

Her most recent concerts have been a tour to New York and Toronto with Ensemble Midtvest where she performed prgrammes of chamber music at Carnegie Hall. Future engagements include a performance at the Royal Albert Hall, London, in October 2016.

He is violist of The Bridge Duo, the Debussy Ensemble and the Instrumental Quintet of London, was a member of the Badke String Quartet when they won the 2007 Melbourne International Chamber Music Competition, and is violinist in Ensemble MidtVest, an innovative chamber ensemble based in Denmark whose work includes classical and contemporary performance and recordings, improvisation and collaborations with other art forms.

Matthew has recorded sixteen CDs, including four for Naxos which include ‘Britten: Reflections’ with pianist Annabel Thwaite, named Chamber CD of the Month by BBC Music Magazine. Matthew is Senior Tutor of String Chamber Music and Professor of Viola at the Guildhall School of Music and Drama, director of Pro Corda’s Intermediate Course, and Professor at the British Isles Music Festival. Matthew has commissioned numerous works and given many world and European premieres, and champions neglected viola works through recitals and recordings.

Matthew was a guest performer at the 2008 Menuhin Violin Competition and has given masterclasses in the USA (including Indiana and Cincinnati Universities), Malaysia, Singapore, Australia, Japan and throughout Europe. Through his long-term involvement with the ‘Live Music Now!’ and ‘Lost Chord’ schemes, Matthew remains committed to outreach and community work.

Born in Swansea, Wales, Matthew is also a composer, mathematics graduate and teacher of the Alexander Technique and Kundalini Yoga. He gives workshops on empowering musicians and enhancing performance, clients of which have included world-renowned conductors and soloists, world champion athletes and orchestras including the New World Symphony, Melbourne Symphony and the European Union Youth Orchestra. 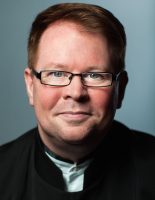 Edward comes from the village of Penclawdd, on the North Coast of The Gower Peninsula, Wales. Aged 14 he was employed as an organist and also began conducting rehearsals for choirs in local chapels and churches. He works across the UK and internationally as a voice coach, adjudicator, composer, arranger and choral conductor.

Undergraduate studies in composition and voice at University of Wales Bangor (through the medium of Welsh) were followed with postgraduate study in Music Technology and Sound Recording, his PGCE and an MMus degree in composition from the London College of Music, where he studied with Francis Pott, Terry Davies and Laurence Roman.

In 2006 he became a member of the Gorsedd Y Beirdd. He left full time teaching to study Choral Conducting with Simon Halsey, Adrian Partington and Neil Ferris at the Royal Welsh College of Music and Drama, in Cardiff. There he was the first (and second) recipient of the RWCMD Glynne Jones Conducting Scholarship and graduated with an MA degree. Edward is the first Welshman to receive a recognized qualification in Choral Conducting.

Having being awarded the Elphinstone Scholarship, along with the Derek Ogston scholarship in composition, Edward is now studying for a PhD in choral composition with Dr Phillip Cooke and Professor Paul Mealor, at Aberdeen University.

His compositions are published by Boosey and Hawkes, Banks Music Publications, Curiad Cyf. (in Wales) and Chichester Music Press. He is consultant vocal coach for Volgograd Opera House Chorus in Russia and is the Artistic Director of ‘Voces Volgograd’ –an Anglo-Russia Choral Festival.

Edward is the Artistic Director of Côr Siambr Cymru/Chamber Choir Wales, a professional ensemble of soloists who come together to perform choral works, and ‘The Harry Ensemble’ – his chamber choir who, through performances and recordings, promote British choral music overseas. Recent performances have been in Russia and New York, including at the famous Trinity Church, Wall Street.

He is Musical Director of: London Welsh Male Voice Choir, Reading Festival Chorus , the Athenaeum Singers of Warminster and the London Welsh Chorale and Conductor-in-Residence of the British Sinfonietta orchestra.

He remains in demand as a workshop leader and choral clinician across the UK.