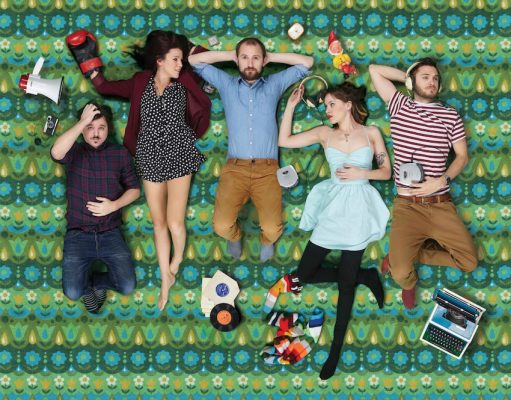 “Crossover potential written all over it” 4 Stars – MOJO

“Could this 5-piece be your new favourite folk-pop group?” Digital Spy

There’s something simply unmistakable about Keston Cobblers Club. When the band plays, it’s a captivating and engaging experience. Whether the band are performing unplugged from the floor surrounded by the audience or whipping the crowd into a dancing frenzy; visiting far-flung venues at their fans’ request; assembling a 60-strong amateur ‘Cobblers orchestra’ with total strangers; chartering an old Routemaster bus to launch an EP; or organising their very own Camp Wildfire festival; all of this is to say: you don’t just listen to Keston Cobblers Club. You’re involved.

The folk-pop 5-piece have been steadily building a name for themselves and winning over an army of loyal fans around the UK and beyond. They’ve played some of the UK’s biggest festivals, including Glastonbury, Bestival, Cambridge Folk Festival, Wilderness and Green Man; sold out their own headline tours including dates at London’s Scala and Union Chapel; been playlisted by 6Music; and been invited to perform live on BBC Radio by the likes of Dermot O’Leary, Steve Lamacq and Bob Harris.

Their album releases have won them huge praise everywhere from MOJO Magazine, The Guardian, The Independent and the Financial Times to Songlines, fRoots and Clash. Burberry asked the band to perform at their Menswear launch event in front of a VIP audience. The band have also opened for Bellowhead on their farewell tour, as well as Stornoway, John Smith and Leisure Society.

As fans will know, the Cobblers’ music isn’t just uplifting; it’s often a full-on celebration. Their live shows are displays of genuine warmth and dazzling musicianship and the band continues to delight audiences across the country.