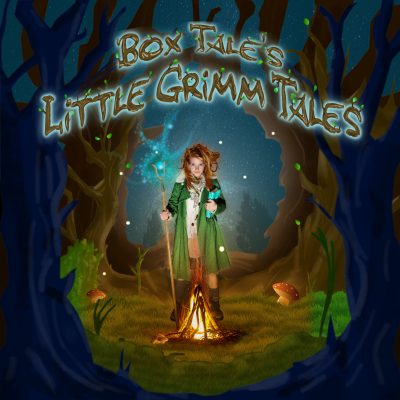 This event will take place in St George’s Church Hall

What if the wishes were granted? What if the magic were real? Beasts and breadcrumbs, wolves and witches, frogs and fairies all join the fun in a stunning new adaptation of Grimm’s most magical tales. Join award winning Box Tale Soup on an adventure for children aged 3+, featuring beautiful puppets, innovative theatre and spellbinding original music. Everyone knows even the wildest fairy tales hold a grain of truth…

Box Tale’s Little Grimm Tales is a brand new co-production for 2019 with the Everyman Theatre, Cheltenham where the show premiered on 29th May.

Click on this link which will take you to a trailer for the show.

We regret that these tickets for this event are only available from the Parish Office in St George’s open Monday to Friday 9.30am to 2.30pm and on the door subject to availability.

Receiving great critical and audience acclaim wherever they go, their touring calendar has included: the Lyric Hammersmith, Wilton’s Music Hall and the Wigmore Hall, London; Bridgewater Hall, Manchester; and the Broad Stage, California.

They have had three productions commissioned by the Everyman Theatre, Cheltenham, with the most recent being The Wind in the Willows. We were also commissioned to create a new Oscar Wilde adaptation by the William Andrews Clark Memorial Library, UCLA. We have had the honour of collaborating with world renowned choral ensemble The Sixteen and Guardian Charity of the Year 2016 award winners Music Action International. 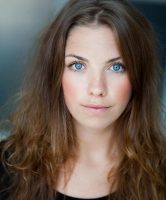 Chloe is a graduate of Rose Bruford and was nominated for the Spotlight prize. Since graduating she has appeared as Juno in Ovids Metamorphosis for Pants On Fire, was seen in the ITV Drama The Halcyon and has worked several times for the Young Shakespeare Company, playing Lady Macbeth in Macbeth (YSC international tour) and Juliet in Romeo and Juliet (YSC).