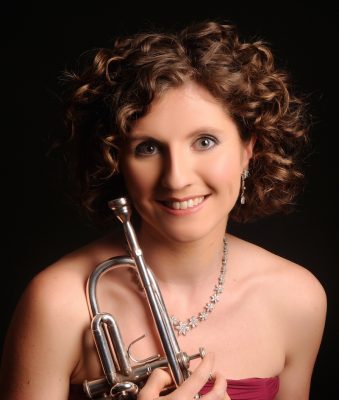 Telemann Concerto in G for 4 Violins without bass TWV40/201

Bach Orchestral Suite No.3 in D (including Air on a G string) BWV1068 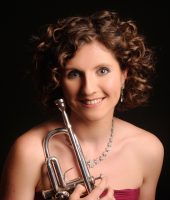 Ruth Ross, born in Scotland, was a pupil at the City of Edinburgh Music School before studying at the Royal College of Music and the Hochschule der Kunste, Berlin. While studying at the RCM she won most of the prizes for brass as well as a Countess of Munster Scholarship and the James Caird Travelling Scholarship.

Since graduating, she has performed with many orchestras including the LSO, the Royal Opera House Orchestra, the RPO, the Ulster Orchestra and the CBSO. She is currently co-principal trumpet of English Touring Opera and has played with ETO since 2005. She has been involved with many orchestras’ education work. She also is a busy baroque trumpeter; a Jerwood scholarship with the Orchestra of the Age of Enlightenment has led to work with the OAE including performances for the documentary Vivaldi’s Women, in Venice, for the BBC.

A more recent venture into jazz has led to her playing lead trumpet in the 20s jazz band the ‘Charleston Chasers’ and the Royal Opera House Tea Dance Orchestra. She has also performed and recorded with the folk band the Leisure Society and worked in the west end in Merrily We Roll Along. She has been principal trumpet with the St George’s Orchestra since its inception in 2004. 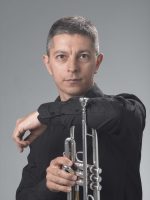 John graduated from the Guildhall School of Music and Drama in 1989, having studied the trumpet with Gerry Ruddock, Ray Simmons and Crispian Steele-Perkins. Since then, John has performed as a freelancer with many of the country’s leading orchestras, including the London Philharmonic Orchestra, Royal Ballet Sinfonia, English Touring Opera (of which he is currently the principal trumpet), and many other symphony, ballet, opera, chamber and brass groups.

As a soloist John has performed in the Royal Albert Hall, the Royal Festival Hall, the Barbican centre and St Paul’s Cathedral, including broadcasts on Classic FM and BBC TV and radio. He has given solo recitals around the country.

Teaching plays an important role in any musician’s life; this is certainly true for John, who is a peripatetic brass teacher at Harrow School and the Guildhall School of Music and Drama Junior Department.

When not playing the trumpet, John enjoys dancing salsa and eating curry. He lives in Watford with his wife and 12 trumpets.

Edward Maxwell studied music at Sussex University and the Royal College of Music and now enjoys a varied freelance career.

He has worked extensively in theatre: highlights include playing in the RSC’s Richard II, starring David Tennant, and being a member of the Olivier-Award-nominated band for the West End production of Merrily We Roll Along.

An interest in historical performance has lead to appearances with some leading ‘period instrument’ orchestras and a fleeting appearance as a court musician in the Oscar-winning film Elizabeth the Golden Age, starring Cate Blanchett.

A founder member of the quintet Mardi Brass, he has appeared with them on BBC1, BBC2, Radio 3, Classic FM and on five CDs.

Edward is a keen composer, arranger and editor, with 25 publications released by a number of international publishers.

Owen Dennis read Mathematics at Corpus Christi College, Cambridge and graduated with a first class honours degree in 1995.  He then studied at the Royal Academy of Music with Douglas Boyd and at the Rotterdam Conservatoire with Emanuel Abbuhl, winning the Leila Bull prize for oboe as well as the 1999 Royal Overseas League Wind Final.  With the Galliard Ensemble, Owen has released many CD’s including the first recording of Birtwistle’s ‘An Interrupted Endless Melody’ for oboe and piano.  As a BBC Radio 3 New Generation artist, Owen has performed Mozart’s Sinfonia Concertante with the BBC Symphony Orchestra as well as numerous live broadcasts, in particular Britten’s ‘Metamorphoses after Ovid’ for solo oboe in the BBC Proms.  He has recently returned to his first passion and now teaches mathematics in Eastbourne College. In addition to his chamber music, he freelances with the London Philharmonic Orchestra and will be playing in the Glyndebourne Opera Season this summer as guest principal.

Dominic Moore is the leader and musical director of the St. George’s Chamber Orchestra (SGCO).

Dominic was born in England and began learning the violin with Pamela Spofforth at the age of 8. He later won scholarships to Winchester College and the Royal College of Music studying the violin with Itzhak Rashkovsky, and also the piano as a joint first study with Peter Element. He has appeared as leader with the Ulster Orchestra, Royal Liverpool Philharmonic, Bournemouth Symphony, Orquestra Nacional do Porto, Presteigne Festival Orchestra, Birmingham Royal Ballet and Phantom of the Opera.

As well as directing and leading the orchestra he frequently appears as soloist. Solo performances have included the Beethoven violin concerto, Mozart’s A major concerto and the Sinfonia Concertante with the LSO’s principal viola Edward Vanderspar. Dominic also made an unexpected conducting debut in October 2008, at very short notice, in a performance of Copland’s clarinet concerto with the clarinettist Jon Carnac, followed by a full debut in May 2011.

As a soloist, Dominic has recorded a CD entitled Cafe Music with the pianist Daniel Becker for Persephone Books. The disc was brilliantly received, being broadcast several times on BBC Radio 3 and Classic FM and was described by Classic FM magazine as ‘playing of grace and zest’.

Dominic plays an extremely rare Spanish violin by Marianus Ortega, thought to be the only surviving example of the maker’s work. The violin is featured in a recently published book entitled ‘The Golden Age of Violin Making in Spain’. He is immensely grateful to the Countess of Munster, Abbado and Ian Fleming Trusts and the Musicians Loan Fund for help with acquiring his violin.

Dominic is also an enthusiastic teacher in the Beckenham area. For enquiries about violin and piano lessons, or advice on finding teachers for any other orchestral instruments please email Dominic at: music@sgco.co.uk You can