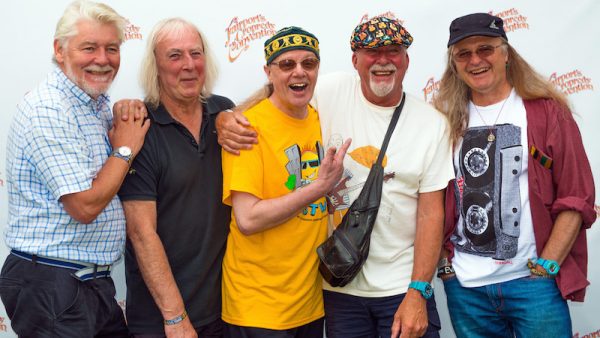 The band will celebrate the 50th anniversary of its first public performance in May this year.

Come and join us and the band at St. George’s to enjoy an evening of musical celebration with this golden anniversary concert with which Fairport Convention open their 50th Anniversary Tour.

Credited with originating British folk-rock, Fairport first took to the stage in 1967’s summer of love. Throughout the intervening five decades (and numerous changes of line-up) the band’s passion for live performance has never wavered.

To mark its fiftieth year, Fairport has released a brand new CD titled 50:50@50. The band will play a selection of tracks from the album as well as long-established favourites from their extensive repertoire.

Fairport Convention has attracted critical acclaim throughout its long career. The band won a coveted BBC Lifetime Achievement Award, Radio 2 listeners voted Fairport’s groundbreaking album Liege & Lief ‘The Most Influential Folk Album of All Time’, and their story and music has often featured on radio and
television.

Fairport Convention’s line-up is Simon Nicol on guitar and vocals, Dave Pegg on bass guitar, Chris Leslie on fiddle, mandolin and vocals, Ric Sanders on violin and Gerry Conway on drums and percussion.

The new album, which is split equally between alternate studio and live recordings, proves that the current lineup are great musicians with an impressively varied repertoire.

The best tracks here are live, and include Steve Tilston’s witty story of The Naked Highwayman, an exquisite first world war lament, John Condon, and a rousing reworking of the gospel song Jesus on the Mainline, with Robert Plant providing vocals and harmonica.

The studio tracks include a banjo-backed treatment of the traditional Lady of Carlisle with vocals from Jacqui McShee of Pentangle fame, and a thoughtful reference to Meet on the Ledge in Chris Leslie’s tribute to the band, Our Bus Rolls On: “Here’s to the Fairport family and those blown off that mountain.” Indeed. 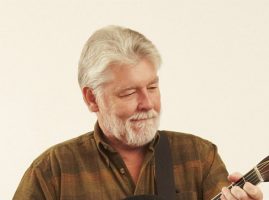 Simon Nicol was born on 13 October 1950 and brought up in north London. He is a founding member of Fairport Convention, joining the band at its inception in 1967.

As a teenager, he met local musician Ashley Hutchings. They – with others – formed Fairport Convention, taking the name from Simon’s house ‘Fairport’ where the band rehearsed.

During the 1970s, Simon took a four-year break from Fairport working on various projects as both producer and musician, collaborating with Al Stewart, Cat Stevens and The Albion Country Band among others.

Simon rejoined Fairport in 1975 and has been the band’s main guitarist and lead singer ever since. However, he has continued to work with other musicians including Ashley Hutchings and has toured with, among others, Beverley Craven and Art Garfunkel. Simon has also released two solo albums.

Dave Pegg was born on 2 November 1947 and brought up in Acocks Green, Birmingham. He joined Fairport Convention in 1969.

As a teenager, Dave became involved in Birmingham’s vibrant 60s rock scene. He soon found himself playing guitar most evenings with one or other of the city’s young bands. Later, Dave auditioned as a lead guitarist with The Uglys but was persuaded to swap to bass guitar and has played the instrument ever since.

After a spell with The Uglys, Dave joined the Ian Campbell Folk Group on double bass and met fiddle maestro Dave Swarbrick by whom he was introduced to Fairport Convention. He joined them and has been in the band ever since.

In 1980, he joined Jethro Tull as bass player and spent 15 years with the band. As if playing in two bands was not enough, he set up Woodworm Records to produce and market Fairport’s albums. He also recorded a solo album.

Dave has also co-organised Fairport’s Cropredy festival since the early 1980s. From small beginnings, it has grown into a major event that attracts 20,000 fans each August.

As well as recording and touring with Fairport Convention and Jethro Tull, Dave is much in demand as a session player and has contributed bass to innumerable recordings. He is also an accomplished mandolin player.

Ric Sanders was born on 8 December 1952 and brought up in Birmingham. He joined Fairport Convention in 1985.

The violin was Ric’s first love and he took up the instrument as a youngster. His first professional engagement was in 1972, touring Europe with Stomu Yamashta’s Red Buddah Theatre.

During the mid-1970s Ric was in demand as a jazz soloist and worked with, among others, Michael Garrick, Johnny Patrick and legendary jazz pianist Jaques Dieval.

In the late 1970s, Ric pursued both his folk and jazz interests as a member of, respectively, The Albion Band and Soft Machine. He toured and recorded with both bands. With The Albion Band, Ric performed at the National Theatre.

In 1980, Ric and Soft Machine guitarist John Etheridge formed Second Vision. They recorded an album and toured extensively. Ric next teamed up with guitarist Vo Fletcher in music education projects: the duo supported a Musicians Union initiative in schools and recorded for BBC television.

Since 1985, Ric has played full-time with Fairport Convention but has continued to take an active interest in jazz and other musical forms. He has collaborated with June Tabor, Andrew Cronshaw and Martin Simpson among others and also recorded solo albums and a violin tuitional introduced by Jools Holland. His session credits include Roy Harper, Jethro Tull, Strawbs, Pentangle, Gerry Rafferty, Louden Wainwright III, Robert Plant, The Fureys, and Ashley Hutchings among many others.

As well as Fairport Convention, Ric has his own trio, The Ric Sanders Group, with Vo Fletcher and Mike Gregory. The group performs a wide repertoire of jazz and swing and recently has collaborated with Banbury-based Anjali Dance Company.

Ric lives in a village near Banbury, Oxfordshire.

Chris was born on 15 December 1956 and he was brought up in north Oxfordshire. He joined Fairport Convention in 1996.

Inspired by local musicians, Chris began playing the fiddle at the age of thirteen. One of his early influences and, later, his mentor was Fairport Convention’s then-fiddler Dave Swarbrick.

In 1976, Chris and his brother John Leslie began performing as a duo and they recorded an album in 1976. Chris also played with singer-songwriter Steve Ashley, touring extensively in the UK and continental Europe.

Chris studied violin making in Nottinghamshire and completed his three-year course 1983. Back to Oxfordshire, he was invited to tour with Dave Pegg to promote Dave’s solo album.

Dave Swarbrick invited Chris to become a founder member of the pioneering acoustic group Whippersnapper. This band made several albums and toured the UK, Europe and the USA. Chris also toured with rock group All About Eve.

During the 1990s, Chris worked as a duo with Whippersnapper guitarist Kev Dempsey, collaborated with folk pianist Beryl Marriott, and was a member of Simon Mayor’s Mandolin Quartet. He also played fiddle on tour with Ian Anderson of Jethro Tull.

Chris lives in a village near Banbury, Oxfordshire. 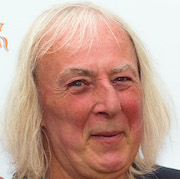 Gerry was born on 11 September 1947 and grew up in London. He joined Fairport Convention in 1998.

Even as a toddler, Gerry wanted to be a drummer and he got his first full drumkit at the age of 11. By the time he left school, his vocation was clear and he went to work at EMI hoping for a chance to audition.

The chance came and Gerry found himself the drummer with The Jet Set, playing ska and soul. His next move was to blues legend Alexis Korner’s band. After a year with Korner, Gerry joined Trevor Lucas in Eclection.

Eclection folded in the early 1970s and Gerry joined Fotheringay which featured Sandy Denny and Trevor Lucas but, despite critical acclaim, the band proved short-lived.

After playing a studio session with Cat Stevens, Gerry was invited to join the band and spent six years touring the world with Stevens. In 1979 he went to live in the USA for a few years, working mainly with Jerry Donahue.

During the 1980s, Gerry spent a year or so on the road with Jethro Tull followed by a stint with Richard Thompson’s band.

In 1985, Gerry joined Pentangle and has been with them ever since. His session credits include Paul McCartney, Steeleye Span, Ralph McTell, Roger Hodgson, Dan Ar Braz, Jerry Donahue and many more.