Influential Women Through The Ages – Recital Elizabeth Unsworth-Wilson
Saturday 29th June 2019 at 11:00 am 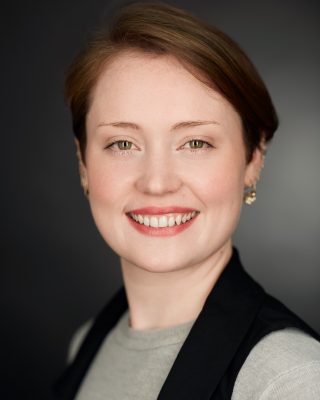 Programme to include songs by:-

Lizzy is a mezzo-soprano supported by the Esdaile Trust, currently studying with a scholarship for an Advanced Certificate in the Historical Performance department at the Guildhall School of Music and Drama, where she completed her MMus in 2018. She has taken part in a number of projects at the Guildhall including Baroque opera scenes, concerts with the Guildhall Consort, directed by Eamonn Dougan (both as a soloist and part of the larger ensemble) and performances with the Guildhall Cantata Ensemble as part of the London Handel Festival. She also sings with the early music ensemble Spinacino, the Schola Cantorum of All Hallows’, Gospel Oak and with Dame Emma Kirkby in her Dowland Works project. Prior to her scholarship at All Hallows’, she spent two years as the alto choral scholar at St George’s. 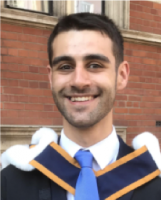 Nicholas Mannoukas is an organist, accompanist and teacher based in South East London, and is currently Organist and Assistant Director of Music at St Laurence Church, Catford. Prior to this, he held the joint position of Organist and Director of Music at St Barnabas’ Church, Beckenham and Organ Scholar at St George’s Beckenham from 2015–2018, and for two years preceding this, he was the Dr John Birch Organ Scholar at All Saints, Margaret Street.

His early musical life centred on Southwark Cathedral, where he was a chorister under Peter Wright for seven years, becoming head chorister for his final year. Upon leaving the choir he began studying organ with Peter Wright and harmony and counterpoint with Dr Harry Bramma, working towards the ARCO diploma, which he gained in 2014.

Nicholas studied organ with David Graham and piano with Kathron Sturrock at the Royal College of Music graduating with a BMus (Hons) in 2018. During this time at the college, he toured frequently to France, Germany and the Netherlands, as well as performing in numerous high profile masterclasses and recitals.

As a freelance musician, he works with several different choral and instrumental groups, as well as maintaining a regular schedule of solo engagements. Recent recital venues include Brentwood Cathedral and Union Chapel Islington. Nicholas is much in demand as a teacher and accompanist, and works as a peripatetic teacher and a visiting class teacher in a number of different schools in Bromley. In addition to his work in schools, Nicholas directs the College Chapel Choir at Guy’s Hospital, one of the Kings College London campuses.