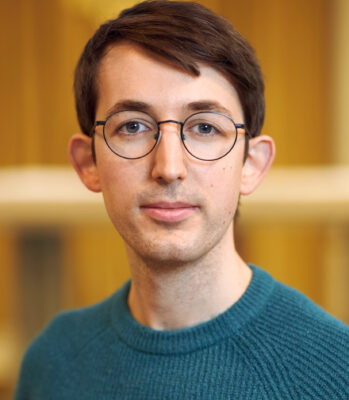 As well as being the Director of Music and Organist here at St George’s, he also directs Hesperos, a young chamber choir based in London. Alongside his performing work he is manager of Travis & Emery, Cecil Court, a bookshop selling antiquarian, out of print and second hand sheet music and books about music.

He was organ scholar of Merton College, Oxford for the duration of his studies for the BA in Music, graduating in 2015. During this time he worked with Benjamin Nicholas and Peter Philips in the chapel, and studied the organ with William Whitehead. Following this he took up organ scholarships at St Paul’s Knightsbridge and St Mary’s Battersea, and in 2019 received the Diploma of Fellow of the Royal College of Organists. He served as organist of St Francis of Assisi RC Church, Notting Hill, from 2017-2021.