Non Alcoholic Refreshments will be available for purchase at this event. 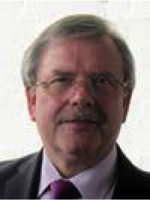 David read Music at St Catherine’s College, Oxford, where he was awarded an instrumental scholarship for the clarinet. Whilst in Oxford he played in the University Orchestra and Philharmonia, sang in the choir of Keble College and directed the University Wind Orchestra and the Arcadian Singers, one of the university’s leading chamber choirs. Upon leaving Oxford, David undertook at PGCE at Homerton College, Cambridge before taking up a music teaching position in Baldock, Hertfordshire. In 2008, he returned to his home town of Bromley to take up the position of Director of Music at Langley Park School for Boys, one of the leading state school music departments in the South East. Alongside his work at the school, he also undertakes conducting and accompanying work for the Bromley Youth Music Trust  and sings in the choir of St George’s, Beckenham.

Sing! Bromley is a daytime adult choir run by Stephanie Seeney. Open to all ages and all abilities, the choir sings a wide range of music, but focusses on popular music and showtunes. Over the last year, the choir have sung music such as Mr Blue Sky (ELO), an Oklahoma medley, Chicago the musical, Somebody to Love (Queen), Budapest (Ezra), and the Best of Broadway. The choir also sing some light classical pieces by composers such as Rutter and Chilcott.

We sing regular concerts at venues around the borough.

The premier music centre for adults

We offer a wide range of classes and ensembles for both beginners and more advanced students, led by experienced teachers and professional musicians. Our classes are also very friendly and lots of fun!

We offer everyone the opportunity to try a class before committing to joining. 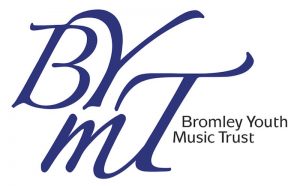