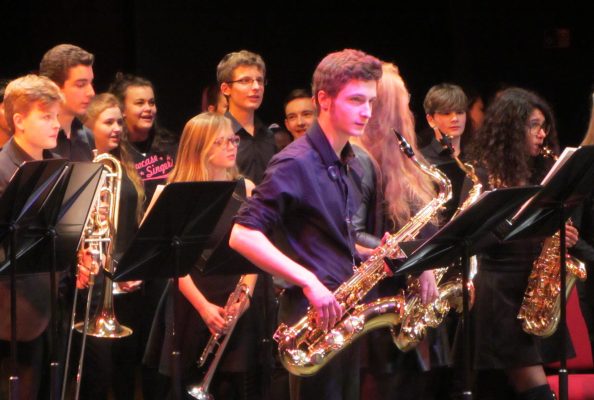 David Brinkley started his musical life at the age of 10 in Swindon when he began learning to play the trumpet. He soon found himself a member of the local Swindon Young Musicians Youth Brass Band and over time became the band’s principal cornet. His sister also played in the band and her influence was one of the factors which led David to music and a musical career.

Having gained a BA in music from Leeds University he undertook a two year postgraduate diploma course in advanced performance at The Royal Academy of Music.

David has always enjoyed performing and spent, what he describes as 5 ‘interesting’ years as a freelance trumpeter, performing abroad and in the UK in diverse circumstances and genres of music ranging from unusual engagements, for example, with the Moscow State Circus and to more conventional engagements with the Moscow City Ballet and Liverpool Philharmonic Orchestra.

Throughout this time he found he enjoyed teaching and says he found his niche in 2004 when he joined Bromley Youth Music Trust.

The New Generation Big Band is the premier outreach group for BYMT and has sections comprised of saxophones, trumpets and trombones, as well as a full 5 piece rhythm section.

The band plays a wide range of jazz based music, ranging from Latino and      Afro-Cuban to swing, as well as rock and during 2014 performed at The London Jazz Festival. It has also taken part in The National Festival of Music for Youth.

With an exciting schedule of indoor and outdoor concerts arranged for this Summer, including playing in Garden Fetes across the borough of Bromley in June & July, the band is delighted to have been invited to make its first appearance at St. George’s Festival for Beckenham 2015.

The Bromley Youth Music Trust is an independent music service nationally renowned for providing a very high quality comprehensive and inclusive instrumental and vocal music education to the young people of Bromley and surrounding areas, as well as providing opportunities for performance in a wide range of settings to enhance the musical understanding and appreciation of pupils and the wider community.