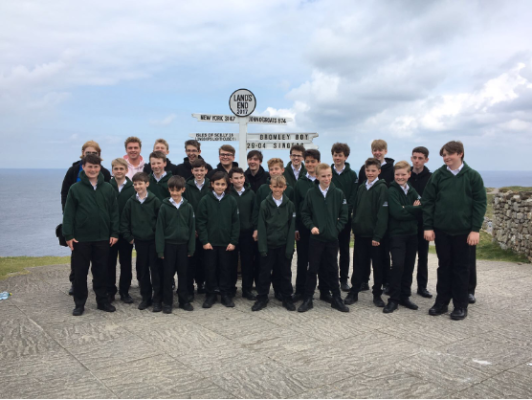 Programme to be Announced

The Bromley Boy Singers was founded in 1977 by Brian Lamble and soon established a reputation for the quality, variety and enthusiasm of its performances.
The choir has performed in Queen Elizabeth Hall, Purcell Room, the Royal Albert Hall, the Barbican Centre, St.Martin-in-the-Fields, in Canterbury and Southwark cathedrals, and at Cambridge University.

Over the years, the boys have toured in Provence, the Netherlands, Malta and in England.

Recent tours have brought them to Paris (2013 &2017) and Cornwall (2015 & 2017) where they won the prestigious ‘John Langdon Award for Youth Choirs‘ at the Cornwall International Male Voice Choral Festival in 2015.

On their 2017 Tour to Paris they performed at Notre Dame Cathedral by special invitaton, La Madeleine and Disneyland and celebrated  their 40th Anniversary with the World Premiere of Special commission ‘Broadside Ballads’by James Lark, a work they re-visited at the Queen Elizabeth Hall in 2018. Their last tour was in October 2019 when they toured Belgium giving four performances including a moving experience at the Last Post ceremony at the Menen Gate and joint concerts with local youth choirs receiving standing ovations in cathedrals in Yprés, St Niklaas and Ekeren.

They have recently performed with Dame Emma Kirkby at St. John Smith Square with Bob Chilcott at The Royal Albert Hall and with The English Baroque Choir, Concordia and Lewisham Choral Society. The boys also regularly take part in The Brandenburg London Choral Festival.

In October 2022 the choir will be touring in Italy.

Travis Baker has been our Musical Director since 2005. In that time he has built up the choir both in numbers and competence and subsequently, the choir’s reputation as quality performers and musical interpretation preceeds them.

There are now over 60 boys aged 5-21, organised into four different choir groups with the Concert Choir taking the lead alongside the changed voices group VISTRA, in most public performances.