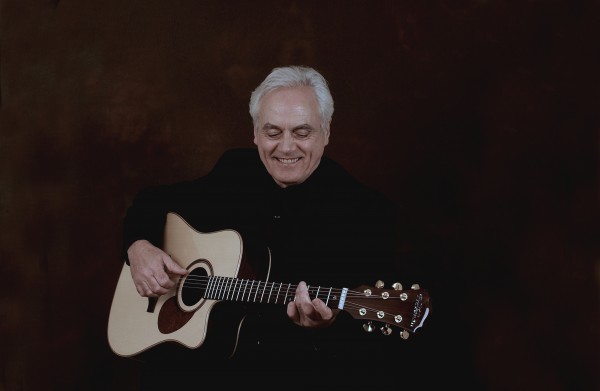 A charity event in aid of Changing Tunes in which Benny Gallagher of the famous songwriting duo Gallagher & Lyle features in a Songwriters Workshop with ex-prisoners supported by the charity. Changing Tunes performers bring you the music and the stories which have re-built the lives of prisoners and ex-prisoners. Listen and believe in the power of music to transform.

One half of the legendary Gallagher & Lyle, Benny has written more great songs than seems really fair. He remains one of the best players on the circuit. For sheer quality and distinction you need look no further than the career of Benny Gallagher. One half of hit makers and blue chip songwriters Gallagher & Lyle; he began his career as a staff writer with the Beatles Music Pub. Co. Apple writing songs for lifelong friend and Apple Records biggest Solo Artist Mary Hopkin. Benny has always considered his early years at Apple, and, especially, the constant encouragement of Paul McCartney, as one of the most important factors in his development as a songwriter. A huge number of artists have recorded and released Benny Gallagher songs including Bryan Ferry – Don Williams – Elkie Brooks – Fairport Convention – Garth Brooks – Phil Everly – Ricky Nelson – Ringo Starr – and Simon and Garfunkel. But the big news was that in 2010 Benny released his first ever solo studio album – “At The Edge Of The Wave” and that it’s every bit as good as his previous work. Featuring a top band of musicians and including a marvellous homage to the late, great Ronnie Lane (Dream On) the CD has attracted a great deal of public and media attention, including being selected as BBC Radio 2’s disc of the week. 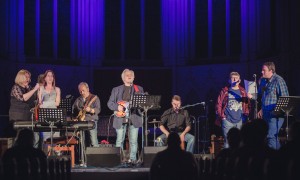 Following release the charity continues working with the ex-prisoner through concerts in the community and music sessions, which can help to counter the lack of focus and depression which are common in the critical first few months after release. Currently, 85% of the participants do not reoffend within the first two years of release. This is a 75% reduction on the national average.

London and the South East

Changing Tunes has been operating since 1987 and currently works in 13 prisons in southern England. The continued success of projects since 1987 led the Trustees to decide to expand the work of Changing Tunes via a regional charity franchise model to maintain close links with the local community and reduce the risks and costs associated with creating a large national charity. Beginning in August 2013, Changing Tunes (London & South East) was awarded independent charitable status by the Charity Commission in July 2014 and Musicians in Residence have been appointed for HMP Wandsworth, HMYOI Aylesbury and HMP Send to add to work started in HMP Bronzefield. When they heard about our plans for London and the South East both Sir Simon Rattle and Sir Tim Rice agreed to become Changing Tunes patrons.

“Music restores and transforms as nothing else can. I have been fortunate to have had a long-running and deeply fulfilling musical career. I know what can be achieved, so I am very glad to support the immensely worthwhile work of Changing Tunes as it expands into prisons in London and the South East.” Sir Tim Rice

Changing Tunes is extremely grateful for the support of St George’s Church as our work grows in London and the South East. The focus of our work is the rehabilitation of prisoners through music underpinned by a shared Christian ethos.

If you would like to know more about our work in London and the South East please get in touch.