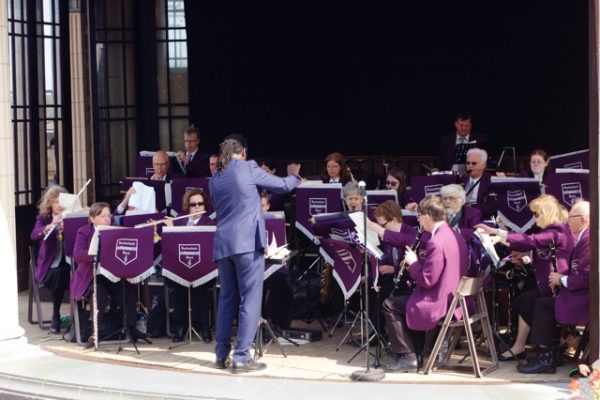 The programme will include selections from the musicals Grease, Jesus Christ Superstar and Hairspray, together with original music for band by Holst, Norman Dello Joio and Grundman and further music by Glinka, Robert Farnon and others.

Free Entry with a retiring collection in Aid of St. Christopher’s Hospice.

The Beckenham Concert Band was founded in 1977 by Ken Messenger. Over the years the band has continued to grow and now draws from a regular membership of over forty musicians.

The Band averages around eight concerts per year, many of these performances, both indoor and outdoor, are in aid of local charities. Venues such as the bandstands of the Royal Parks, Southwark Park and on the sea front at Eastbourne and Brighton have featured in our summer seasons.

The Beckenham Concert Band has also been invited to perform at corporate and national charitable events for organisations such as  The Children’s Society, Great Ormond Street Hospital, RNLI, St. Christophers’ Hospice, the London Open House Weekend and Sodexo. 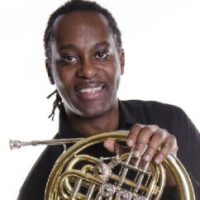 Dwight began playing the French Horn at the age of 12. He took a performance degree at Trinity College of Music, where he received tuition from some of the country’s finest horn tutors, and where he also studied conducting. During this time Dwight performed with the Junge Europe Philharmonie in Germany, the Royal Philharmonic Orchestra and the Orchestra of the Royal Opera House. He also played with a number of Opera companies, both home and abroad, together with a variety of ensembles including a brass quintet, woodwind quintet and a horn, violin and piano trio. On completion of his degree in 2005, Dwight joined the Corps of Army Music and, after graduating from the Royal Military School of Music, took up his first post with the Band of the Corps of Royal Electrical and Mechanical Engineers. He currently serves with the Band of the Scots Guards whilst pursuing a varied freelance career performing, teaching and performing with his own ensemble the Apollo Wind Quintet. Dwight is a regular guest conductor of the Blackfriars Sinfonia and M.D. of the Chalfont Concert Wind Band. Dwight currently studies conducting with Adrian Brown and in 2015 awarded a scholarship to pursue his Masters in conducting at The London College of Music.