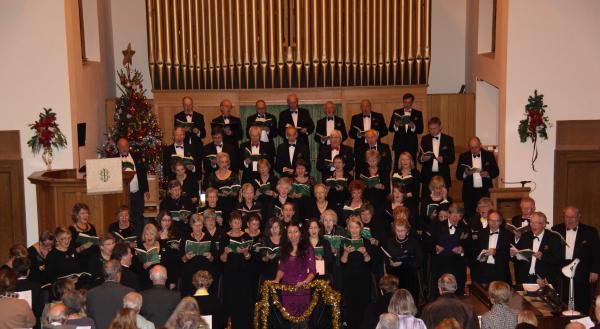 In person at St George’s Parish Office 9.30am to 2.30pm Mon. to Fri. (in St George’s Beckenham High Street) 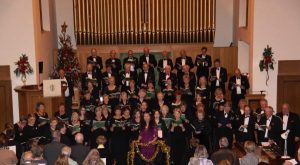 Our current Music Director is Robyn Sevastos, who took over from Mark Fitz-Gerald in 1997. She had been working with him as accompanist both at Bromley Philharmonic and at Kentish Opera, and she and the Choir have enjoyed a fruitful artistic partnership ever since. She was replaced as accompanist by Diana Dunk, again a very able accompanist and long associated with the Choir. Diana has just retired from the post to become a ‘back-bench’ alto! Our new accompanist is Tracey Renwick, who also works with Robyn at Sevenoaks Philharmonic Choir.

Recently the choir has been expanding, with a regular membership of around 75; rehearsals are lively and the Choir works hard at an interesting and imaginative programme. There are normally four concerts a year at various venues throughout the Borough. The Spring and Autumn Concerts are the major events, sometimes with an orchestra.

Kentish Opera fulfils an important role in the operatic life of this country by providing a vital opportunity for young professional singers to gain experience in performing major operatic roles. The production team has the collective experience and expertise to ensure that every production is of extremely high quality.

Thus Kentish Opera is responsible for bringing consistently good productions to the South East, while at the same time helping many young singers to establish themselves with major professional companies.

Kentish Opera is a pro/am opera company, founded in 1953, that stages a wide range of operas giving 4 to 6 performances generally twice a year in the Kent areas of Bromley, Sevenoaks and Tonbridge.  The company is professional other than the highly trained amateur chorus and the many volunteers who help behind the scenes. 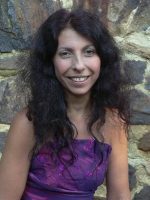 Robyn Sevastos graduated from Melbourne University with a BMus, with First Class Honours in Performance. She subsequently moved to the United Kingdom to continue her studies, obtaining a Postgraduate Diploma in Piano Accompaniment at the Guildhall School of Music and Drama, and a Performance Diploma (ARCM) from the Royal College of Music. She went on to perform extensively as a piano soloist and to coach and accompany a wide range of singers and instrumentalists both in the UK and abroad.

In addition to Bromley Philharmonic Choir, she is music director of London Opera Productions, the Llantilio Crossenny Festival, Sevenoaks Philharmonic Society and Kentish Opera and is a professor at the Blackheath Conservatoire of Music.

Robyn has conducted a large and diverse selection of choral and operatic works. Her extensive operatic repertoire includes operas by Bizet, Mozart, Puccini, Rossini, Strauss, Sullivan and Verdi. She has also conducted many of the major choral
works — a recent highlight being the Choir’s performance of Bach’s St. Matthew Passion at St.Clement Danes Church on The Strand in London. Robyn’s orchestral programmes have featured internationally renowned artists such as Emma Johnson andCrispian Steele-Perkins and she has performed at many of the leading London concert venues including the Royal Albert Hall, the Barbican, the Fairfield Halls and the O2 Arena. She has even performed at Kensington Palace and at Sandringham for HRH The Prince of Wales.