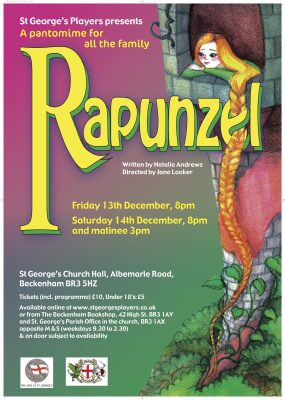 A pantomime for Christmas and all the family

There will be a licensed bar or bars for this event under the auspices of a TEN licence from Bromley Council. Refreshments may be purchased before the performance and during the interval only. The usual alcohol licensing law applies.