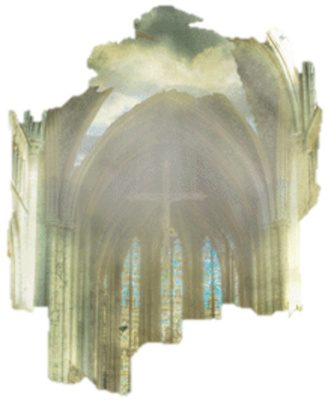 Borderland a new play by Nick Warburton was commissioned by Radius and is being given its World Premiere by the St George’s Players.  Set in a Cathedral during Holy Week, it chronicles a day in the life of the staff and visitors.

Nick Warburton, an award-winning writer,  is an honorary fellow of Chichester University and has written scripts for stage, television and radio.   He has won the BBC/Radio Times Drama Award, the Sandford St Martin Award, the Jerusalem Award and the Tinniswood Award. He created the original radio drama series On Mardle Fen which ran for six series and is currently writing for the BBC series The Archers.

Entrance is FREE but by Ticket Only. Tickets may only be booked in advance through the Parish Office, either by phone or in person, they will not be available on the door.

The Parish Office is located in St George's Church, High Street, Beckenham BR3 1AX. Office hours are 9am to 2pm on weekdays only.

Online registration for this event is closed

Online registration for this event is closed

Nick has won the BBC/Radio Times Drama Award, the Sandford St Martin Award, the Jerusalem Award and the Tinniswood Award, and has been short-listed for the Audio and Music Award, the Sony Award and the Prix Italia. He created the original drama series On Mardle Fen which ran for six series.He has written TV scripts for Doctors, Holby City, Born and Bred and EastEnders. Several of his stage plays have been premiered at the Stephen Joseph Theatre in Scarborough. He has also worked with Pentabus and is a patron of the Cambridge group Bawds.

RADIO   The Archers (2019) 24 episodes of the BBC Radio 4 Drama The Archers:The Canterbury Tales Special (2018) Two-part BBC Radio 4 adaptation of Geoffrey Chaucer’s stories, dramatised by The Archers’ characters A Burnt-Out Case (2017) Two-part BBC Radio 4 dramatisation of the novel by Graham Greene   Holding Back the Tide (2017) BBC Radio 4 Comedy directed by Sally Avens   The Power and the Glory (2016) Two-part BBC Radio 4 dramatisation of the novel by Graham Greene   A Play for the Heart: The Death of Shakespeare (2016) Commissioned for BBC Radio 3’s Sounds of Shakespeare Weekend   The Honorary Consul (2016) Two-part BBC Radio 4 dramatisation of the novel by Graham Greene   Irongate (2013) BBC Radio 4 drama with James Fleet and Emma Fielding   On Mardle Fen series 6 (2013) Barchester Towers (2013) Part of BBC Radio 4’s presentation of all Trollope’s Barchester novels Framley Parsonage (2014) The Last Chronicle of Barset (2015) Psalm (2014) BBC Radio 4 drama inspired by an incident in the life of Ben Jonson   Tommies 1914 (2014) series for BBC Radio 4 following the lives of a group of soldiers through the First World War, and reflecting events of exactly one hundred years ago to the day, followed by …   Tommies 1915 (2015)   STAGE Smoking Gun: two linked plays (Cover Her Feet and Fly in the Ointment) (2008) – Stephen Joseph Theatre,   Tales from the Country (2011) stage adaptation of Brian Viner’s book – directed by Orla O’Loughlin and Kate Budgen for Pentabus and presented at The Pleasance, London, and on tour The Old Curiosity Shop (2013) stage adaptation of Dickens’ novel directed by Colin Lawrence and presented at the ADC, Cambridge   BOOK Writing for TV and Radio – a Writers’ and Artists’ Companion (2015) – co-written with Sue Teddern

Radius whose strapline is “Exploring Faith through Drama” is a volunteer-run, ecumenical charity which brings together people with a shared interest in religious drama, whether as church leaders or drama practitioners both amateur and professional.  Most, though not all, its members are Christians, but whatever their background they are united in the belief that a good play reflects divine creativity and should always be of the highest possible standard.

It has a unique collection of play scripts together with plays commissioned for Radius which are available in digital form to download from the shop.

Radius offers help and advice for playwrights, with the opportunity to submit work for detailed comment by a reading panel of writers for the professional theatre. It also runs occasional play competitions and calls for plays. Most recently, there was a call for plays specifically written within an online context.

For more information about the society visit the website