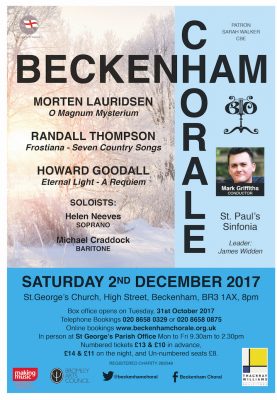 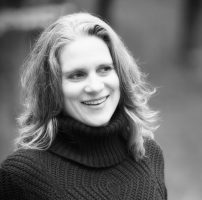 Helen Neeves trained at the University of York and the Royal College of Music; she is currently studying with Julie Kennard.

She has many years of experience as a solo and consort singer, encompassing concert work, recordings and radio broadcasts, particularly in the fields of Baroque and Classical music. A snapshot of Helen’s repertoire is shown in the following list of recent solo engagements – Haydn’s Nelson Mass, Rossini’s Stabat Mater, Mozart’s Coronation Mass and Exsultate Jubilate, Handel’s Messiah, and Bach’s St John Passion. Other recent engagements have included the Brahms Requiem in Worcester Cathedral and a semi-staged production of Bach’s St Matthew Passion in this year’s York Early Music Festival. Having performed John Rutter’s Requiem and Gorecki’s Second Symphony in Munich last month, Helen will be returning next year to perform Marcel Dupré’s De Profundis. Other engagements next year will include Haydn’s Theresienmesse with the Northern Sinfonia and the Mozart Requiem in Warwick.

Helen is very pleased to be part of an interesting project created to mark the Jane Austen bicentenary which has taken place this year. She has teamed up with pianist Samantha Carrasco and harpist Kate Ham to present The Musical World of Jane Austen – a fascinating exploration of the Austen Family Music books. Having performed at various venues, including Winchester Cathedral on the day of the anniversary, and also the Assembly Rooms in Bath, the Austen Trio are shortly bringing out a CD to coincide with a tour to the US next year. 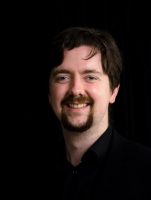 Michael Craddock (baritone) is a London-based freelance singer who started his musical education with the choir of Trinity College, Cambridge, with whom he sang for four years while studying Mathematics.

His operatic performances have included Smirnov in Walton’s The Bear for Opera Minima and Opera Anywhere, Bottom in Britten’s A Midsummer Night’s Dream in Aldeburgh, sharing the role with Matthew Rose, Dr. Malatesta in Donizetti’s Don Pasquale for Opera Minima, Prince Yamidori in Puccini’s Madama Butterfly for Opera A La Carte and the Marchese d’Obigny in Verdi’s La Traviata for Regents Opera at the Bermuda Festival.  He sang the dual roles of Alfio and Tonio in Hampstead Garden Opera’s Spring 2016 performances of Cavalleria Rusticana and Pagliacci and the role of Dandini in the Bedford Park Festival production of Rossini’s La Cenerentola.

He is a founder member of the Gesualdo Six, an all-male vocal consort who have a busy concert schedule in the UK and further afield.  He also frequently works with the ensemble Amici Voices, who perform the works of J.S. Bach one-to-a-part, and have recently recorded their second CD.  In their performance of the St Matthew Passion “Michael Craddock … deserve[d] special mention” (Early Music Review).

Other concert and consort work has included engagements with Polyphony, the Marian Consort, The London Choral Sinfonia, The Cardinall’s Musick, the Gabrieli Consort and the Choir of the Enlightenment.  Next year he will travel to Auckland to perform the St. Matthew Passion with the Auckland Philharmonia Orchestra.  He studies with Gary Coward, and in his spare time enjoys cinema, hopped beverages and cricket.