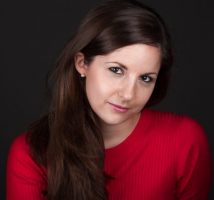 After graduating from Trinity College, Cambridge in 2008 where she was a choral scholar and read Theology, Zoë was awarded a place on the Monteverdi Choir Apprenticeship Scheme.   She has since performed, toured and recorded as a soloist with Sir John Eliot Gardiner, including a performance of Bach’s St. Matthew Passion recorded live for the Soli Deo Gloria label in 2016.

Zoë is a well-established soloist specialising in baroque oratorio, and has performed in many of the world’s greatest concert halls including Carnegie Hall, the Royal Albert Hall, Wigmore Hall, Amsterdam’s Concertgebouw, Barcelona’s Palau de la Musica, Paris’s Cité de la Musique and the Berlin Philharmonie.   Zoë is also proud to be a member of a number of small ensembles, including Arcangelo, I Fagiolini and Solomon’s Knot (an ensemble who sing from memory and without a conductor). She has recently been awarded a place on the Orchestra of the Age of Enlightenment’s 2019-2021 ‘Rising Stars’ Scheme, designed to realise opportunities for the next generation of solo singers.

Emma was educated at Gonville and Caius College, Cambridge, where she held a choral scholarship while reading Music.   Emma’s professional engagements have seen her work regularly with many prestigious vocal consorts including The Tallis Scholars, Tenebrae, the Gabrieli Consort, the Monteverdi Choir, The Sixteen, Polyphony, The Marian Consort and the ORA Singers.

Solo highlights have included Belinda in Purcell’s Dido and Aeneas with Devon Baroque, Handel’s Dixit Dominus with Sir John Eliot Gardiner, the Monteverdi Choir and English Baroque Soloists in a television broadcast from the chapel at Versailles, Daniel in Handel’s Susanna with Christian Curnyn and the Early Opera Company,  Bach’s Mass in B minor with Tenebrae at the British Museum, Monteverdi’s Vespers at Gloucester Cathedral and Bach’s St. John Passion at Cadogan Hall.

Future solo engagements include a further performance of Bach’s St. John Passion with the Gabrieli Consort, a programme of Purcell Odes with Laurence Cummings and the Orchestra of the Age of Enlightenment and a recital of lute songs by Dowland and Purcell at the Conwy Festival.

Winner of the 2013 Nei Stëmmen International Singing Competition in Luxembourg, Benjamin Williamson has recently sung the roles of Anführer (the Leader) in the première of Toshio Hosokawa’s Erdbeben. Träume with Opera Stuttgart, Seraphim 3 in John Adams’s The Gospel According to the Other Mary with Theater Bonn and Tolomeo in Handel’s Giulio Cesare with English Touring Opera.   He was a Choral Scholar at King’s College, Cambridge, before studying at the Royal College of Music, where he won the English Song Competition.

His concert highlights include UK tours of Bach’s Mass in B minor and St. Matthew Passion with English Touring Opera, Handel’s Brockes Passion with Stephen Cleobury and King’s College Choir on BBC Radio 3, the world première of Jonathan Dove’s dramatic cantata Arion and the Dolphin, music by Purcell and Richard Leveridge with the Irish Baroque Orchestra in Dublin,  Bernstein’s Chichester Psalms with Edward Higginbottom in Italy, Purcell’s Hail, Bright Cecilia in St Petersburg and Handel’s Messiah in Poland and Qatar.

Benjamin is a committed recitalist, and has performed his programme ‘The Art of the Countertenor’ at Cadogan Hall, the Chelsea Arts Club in London, Gravetye Manor in Sussex, and with Corfu Arts in Corfu.   He is also the co-founder and vocal consultant of Sloane Square Choral Society, a lecturer with Opera Prelude, and a passionate singing teacher:  his pupils have taken postgraduate places at all the London Music Colleges. 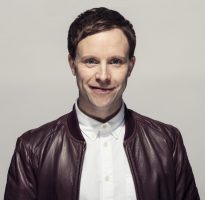 Nathan studied with Ryland Davies at the Royal College of Music’s Benjamin Britten International Opera School, and was awarded an Independent Opera Scholarship to the National Opera Studio, where he was supported by English National Opera, the Nicholas John Trust and the Elmley Foundation.   He is a former winner of the London Handel Singing Competition where he was also awarded the Audience Prize.

His concert performances have included Bach’s Christmas Oratorio conducted by Harry Christophers and arias in Bach’s St. John Passion conducted by Paul Goodwin, both with the Aarhus Symphony Orchestra, Britten’s Serenade for Tenor, Horn and Strings at the Hong Kong Festival and, with the Orchestra Sinfonica Nazionale RAI, Mendelssohn’s Die erste Walpurgisnacht conducted by Sir Neville Marriner and ‘Theory’ and ‘Arithmetic’ in Ravel’s L’enfant et les sortilèges conducted by Jeffrey Tate.   His operatic engagements have included Handel’s Ariodante for the Bolshoi and Alcina for English Touring Opera, Mozart’s La finta giardiniera for Luxembourg Opera, Beethoven’s Fidelio for the Glyndebourne Festival and the revival of The Opera Group’s award-winning production of Kurt Weill’s Street Scene.

Current and recent engagements include roles in the newly-commissioned To See the Invisible by Emily Howard at the Aldeburgh Festival, Hippolyte in Rameau’s Hippolyte et Aricie for the Opera Rara Festival in Krakow, the Evangelist in the St. Matthew Passion at the London Handel Festival and the second in a series of Quilter song recordings for Nimbus Records.

Jonathan Brown was born in Toronto and studied at the Royal Conservatory of Music there, the University of Western Ontario and, after moving to England, at Cambridge University and the Britten-Pears School in Aldeburgh with Sir Thomas Allen and Anthony Rolfe Johnson.   He made his solo debut with Sir John Eliot Gardiner in Holland on the Bach Cantata Pilgrimage and thereafter was a regular soloist with performances in Zurich, Brussels and Paris and on the subsequent CDs.

Recent solo concert work has included Handel’s Messiah and Bach’s B minor Mass and the St. John and St. Matthew Passions at Westminster Abbey, Haydn’s The Seasons for the Norwich Philharmonic Society and Vaughan Williams’s A Sea Symphony for the Portsmouth Choral Union.   He was also a soloist on the Harmonia Mundi recordings of Purcell’s Dido and Aeneas and Blow’s Venus and Adonis under the direction of René Jacobs, in Sullivan’s The Golden Legend for Hyperion and, for Priory Records, a recently-released world première recording, also with the Portsmouth Choral Union, of Samuel Wesley’s masterpiece Confitebor tibi, Domine.

Mark Griffiths began his musical training as a chorister at St John’s College, Cambridge and returned to the university as a Choral Scholar at Trinity College.  While at Trinity he started conducting the college orchestra, gaining experience of large orchestral works including Rachmaninov’s Piano Concerto No 2 and Vaughan Williams’s 5th Symphony.  During postgraduate studies at the Royal College of Music he began to conduct singers and, soon after, began a long association with the multi-award-winning Berkshire Youth Choirs, initially as Associate Conductor and latterly as Acting Musical Director.  Recently he spent thirteen years as Choral Director and Lead Tutor in Voice for the Junior Department of Trinity College of Music.

In 2003 he became Musical Director of Coro, a prize-winning London-based chamber choir with whom he won the Grand Prix at the Tallinn International Choral Competition and prizes at festivals in Arezzo, Italy and Tours, France.  They have recorded three CDs and sung backing vocals for a number of classical crossover albums.  With Coro he was a Founder of the London International Choral Conducting Competition and is a member of its National Jury.

Mark has worked with the Philharmonia Chorus, preparing them for concerts at the Royal Festival Hall and on tour, and for small professional groups including Trinity Voices.  He also coaches choral conductors for the Association of British Choral Directors at whose National Convention he has been a presenter.  He is an adjudicator for the National Festival of Music for Youth and a former recipient of a Winston Churchill Travelling Fellowship.

With a varied repertoire it is best known for our spirited performances of the great and exciting choral works. In recent years, works performed include Orff ‘Carmina Burana’, Rossini ‘Stabat Mater’, Dvorak ‘Mass in D’, Tippett ‘A Child of our Time’, Handel ‘Messiah’, Verdi ‘Requiem’, Dvorak Requiem, Britten Saint Nicolas, Karl Jenkins ‘The Armed Man’ and Elgar ‘The Music Makers’.

St Paul’s Sinfonia is a chamber orchestra based in Greenwich and Lewisham, South London. The orchestra was formed in 2004 to perform concerts at the fine Baroque church of St Paul, Deptford and its concert series has been running since then. It spent its first seven seasons at St Paul’s but in 2011 spread its wings and moved to new venues, principally St Alfege Church, Greenwich, but also St Margaret’s Church, Lee and Cadogan Hall.

Conducted by Andrew Morley, St Paul’s Sinfonia consists of experienced and dynamic orchestral players from across London and gives monthly concerts between September and June each year. It entered its fifteenth season in September 2018 and prides itself on its wide repertoire, from Romantic symphonies to smaller Baroque masterpieces, and from some of the earliest music for chamber orchestra to brand-new commissions.