After a gap of more than twenty years, the Chorale welcomes the opportunity to re-visit a work which Dvorak’s biographer Dr. John Clapham considers “one of the most lofty, eloquent and distinguished choral compositions of the nineteenth century”.

The Dvorak Requiem has long lived in the shadow of Verdi’s setting, but has at times been more than favourably compared to it, though the two works are entirely different in nature.   Dvorak’s is not without its dramatic moments, but it is essentially a lyrical piece, with none of Verdi’s blatant theatricality, and rather more of its own composer’s typical melodiousness and colourful use of the orchestral instruments.   Scored for four soloists, chorus and a large orchestra, it was composed in response to a commission from the Birmingham Triennial Festival and first performed there in October 1891 under the baton of the composer.

Subsequent performances of Dvorak’s Requiem have not been numerous.   But two in particular stand out, especially for the circumstances in which they took place:  one in April 1971 at London’s Royal Festival Hall by the New Philharmonia Chorus and Orchestra conducted by Istvan Kertesz with an added last-minute and highly-charged dedication to Igor Stravinsky, who had died earlier the same day;  and, much more recently, in April 2017 at the Barbican, when the already frail Jiri Belohlavek, former Chief Conductor of the BBC Symphony Orchestra, and as much loved in this country as was his compatriot Dvorak before him, movingly directed the BBC musicians in what all too soon proved to have been his last London appearance.

British soprano Cheryl Enever began her musical career as a cellist and then as a choral singer working frequently with the BBC Singers and in contemporary music.   She also toured extensively with The English Concert, European Voices and the Orchestra of the Age of Enlightenment.  She now enjoys a hugely varied career as a singer, equally in demand in opera as on the concert platform.

Since her first opera contract with Diva Opera she has sung many major roles both in the UK and overseas.    Particular highlights have included the leading role of Joanna which she created for the Royal Opera House community opera Ludd and Isis, Tatyana in Tchaikovsky’s Eugene Onegin, First Lady in Mozart’s The Magic Flute for English Touring Opera and the title role in Puccini’s Tosca with performances in London, Luxembourg and the Bermuda Festival.   On the concert platform she has become particularly associated with performances of Verdi’s Requiem, and has also sung the Dvorak Requiem in Cambridge and those of Brahms and Mozart including performances at Cadogan Hall, King’s College Chapel, Cambridge and St. John’s, Smith Square. She made her South Bank début in Mozart’s Exsultate, Jubilate at the Queen Elizabeth Hall.  Her concert repertoire has also included Beethoven’s Symphony no.9 and Mass in C, Dvorak’s Stabat Mater, Mahler’s Second, Fourth and Eighth Symphonies, Mendelssohn’s Elijah and Rossini’s Stabat Mater and Petite Messe Solennelle.

Cheryl’s recent performances include the title role in last year’s Cheltenham Festival première of Joseph Phibbs’s chamber opera Juliana, based on Strindberg’s Miss Julie, and Britten’s War Requiem, performed last November in Walthamstow to mark the centenary of the World War I armistice. 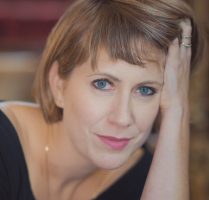 Flora was born in London and trained at the Royal Northern College of Music where she won the Anne Ziegler Award and the Ricordi Prize for opera. Her recent stage engagements have included Romeo in Bellini’s I Capuleti e i Montecchi for Pop-Up Opera and the title role in Bizet’s Carmen for OperaUpClose; last year she also sang the role of Mercedes in Carmen at Wandsworth Prison for the Prison Choir Project, and was Pauline in the UK première of Gounod’s Polyeucte for University College Opera at the Theatre Royal Stratford East.   Also for OperaUpClose she has created the role of the Goddess of the Sea in a new, award-winning ‘nautical fantasy’ for children (of all ages), Ulla’s Odyssey, based on Homer, and in 2017 she sang in Mahler’s Das Lied von der Erde with English National Ballet, both on tour and at the London Coliseum.   Her concert work has included regular appearances with the Southbank Sinfonia and the Parliament Choir, as well as recitals around the UK, and she has participated in master-classes with, among others, Della Jones, Jane Eaglen and Malcolm Martineau.   Future plans include the title role in Donizetti’s Maria Stuarda in London and on tour in the West Country, the widow Popova in Walton’s ‘Extravaganza in One Act’, The Bear, based on Chekhov, and Grandmother in the world première of Robert Hugill’s new chamber opera, The Gardeners, at London’s Conway Hall next June.

Mark was raised in South Wales and studied at Magdalen College, Oxford and the Royal College of Music, winning a National Federation of Music Societies Award, a Susan Chilcott Bursary to study with Dennis O’Neill in Italy and a fellowship at the Tanglewood Music Center in Massachusetts, USA.

As a Welsh National Opera Associate Artist he has sung Verdi’s Roderigo in Otello and the Duke of Mantua in Rigoletto, Lensky in Tchaikovsky’s Eugene Onegin and Giove in Monteverdi’s Il ritorno d’Ulisse in patria.   He has also sung Giuseppe in Verdi’s La Traviata for Glyndebourne on Tour and Frederic in The Pirates of Penzance in Beijing.   Mark’s concert appearances have included Kurt Weill’s ‘ballet chanté’ The Seven Deadly Sins with Cleo Laine, Handel’s Messiah with the CBSO in Birmingham, Dave Brubeck’s Christmas Pageant La Fiesta de la Posada with the LSO at the Barbican and Haydn’s The Creation with the Northern Sinfonia at Sage Gateshead.   As a recitalist he has performed with Iain Burnside and Roger Vignoles including at Wigmore Hall, St. John’s, Smith Square, the Ludlow English Song Weekend and the Tanglewood Festival and his recordings include Duruflé’s Messe ‘Cum Jubilo’ for Harmonia Mundi.

His recent and current work includes Carissimi’s early oratorio Jephte at the Spitalfields Festival, Beethoven’s Missa Solemnis at Dorchester Abbey, Mozart’s Requiem at the Royal Festival Hall and John Frederick Lampe’s 18th-century ‘mock opera’ Pyramus and Thisbe for Opera Restored. He is also an accomplished voice teacher, qualified in the Alexander Technique, and lives in Ealing with chickens, books and an old piano. 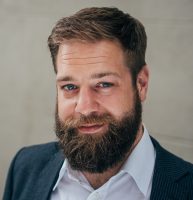 Andrew studied at the Royal Conservatoire of Scotland as a member of the Alexander Gibson Opera School, graduating in 2013.   While there he was the recipient of an Associated Board of the Royal Schools of Music scholarship.  As an undergraduate he read history at King’s College, Cambridge and was a choral scholar in the chapel choir.

His recent opera performances have included Collatinus in Britten’s The Rape of Lucretia at London’s Arcola Theatre and Antonio in Mozart’s Le nozze di Figaro at the Nevill Holt Opera Festival in Leicestershire.   Previously he sang Zaretsky in Tchaikovsky’s Eugene Onegin with Garsington Opera, Bartolo in Le nozze di Figaro at the Kilden Theatre in Kristiansand, Norway, Capellio in Bellini’s I Capuleti e i Montecchi for Pop-Up Opera, and two Puccini roles, Talpa in Il Tabarro at the Wexford Festival and Simone in Gianni Schicchi with the Scottish company Opera Bohemia.

Andrew appears regularly as a concert soloist, singing a wide variety of repertoire.   Notable performances have included Bach Cantatas at King’s Place, London, Vaughan Williams’s Serenade to Music at Cadogan Hall and Bach’s St. John Passion at Arundel Cathedral.   He has been involved in many other interesting projects including performing as the singer in Henry IV, parts I and II with the Royal Shakespeare Company and also performing as part of the 2015 Turner Prize nomination ‘DOUG – nine songs for six voices’ by the Canadian artist Janice Kerbel.