Haydn:     Mass in B flat (Harmoniemesse) 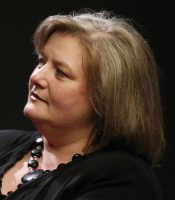 We are delighted to be able to welcome back Claire Seaton, who has sung in Beckenham Chorale concerts on more than a dozen previous occasions.

One of the country’s most adaptable sopranos, Wolverhampton-born Claire Seaton has extremely broad oratorio experience and she is particularly renowned for her performances of Verdi’s Requiem, Brahms’s Requiem and Mozart’s C Minor Mass.   Her repertoire also includes less commonly performed works such as Szymanowski’s Stabat Mater and Elgar’s The Light of Life.

Claire’s operatic career began with Kent Opera and she made her operatic début with Glyndebourne Festival Opera singing the role of Vitellia in Mozart’s La Clemenza di Tito.   Her discography includes Allegri’s Miserere, Brahms’s Requiem with Jeremy Backhouse and the Vasari Singers for Guild and the world première of Jonathan Dove’s The Far Theatricals of Day with Nicholas Cleobury for Fleet Street Records.

Claire recently created the role of Matriarch for the world première of Paul Mealor’s cantata The Farthest Shore with the BBC Singers, broadcast live on Radio 3 from St. David’s Cathedral. 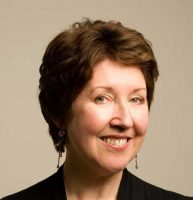 Deborah has worked with many of the world’s leading conductors including Sir Simon Rattle in Stravinsky’s Requiem Canticles, Sir Georg Solti in Mozart’s Don Giovanni and Placido Domingo in Tosca as a member of the Extra Chorus at Covent Garden.   As a consort singer she was a staff member of the BBC Singers for many years and has sung, recorded and broadcast with many other high-profile ensembles including The Sixteen and The Tallis Scholars.

A regular performer of the contemporary repertoire, she performed the première of Brian Elias’s Laments with the BBC Symphony Orchestra, Jean Barraqué’s …. Au delà du hasard with Klangforum in Vienna and one of the secretaries in the first London performance of Nixon in China by John Adams with the London Symphony Orchestra – also, and at very short notice, the role of Caroline in Henze’s Elegy for Young Lovers for Radio France.   Her commercial recordings include The Beggar’s Opera, Puccini’s Suor Angelica, Mozart’s Missa Brevis in B flat for Naxos and the role of Carmen with Gerald Finley on his recital disc.

Deborah’s diverse musical life includes contributions to the soundtracks of many recent major films including Star Wars, The Lord of the Rings, Harry Potter, Shrek and Pirates of the Caribbean.   She also gives workshops and vocal assistance to many choirs around the country and abroad.

Julian’s career involves a mixture of concert and recording work both as a soloist and choral singer.   As an oratorio soloist he has a wide repertoire ranging from early works such as Monteverdi’s 1610 Vespers and Handel’s Messiah to twentieth-century music such as Britten’s Saint Nicolas and Arvo Pärt’s Passio.   In the world of contemporary music he premièred Shameful Vice by Michael Finnissy with Electric Voice Theatre, and he sang the part of St. George in Karen Wimhurst’s Dragon Pageant with the Bournemouth Sinfonietta, and appeared in last year’s Edinburgh Festival performing new works by Lynne Plowman and Cheryl Frances-Hoad.

Musical theatre roles have included Fulbert in Kendal Kirkland’s Héloise at the Southwark Festival, while in modern opera he was the Samurai Warrior in Alejandro Viñao’s Rashomon, performing the work throughout Europe.   Other operatic roles have included Pedrillo in Mozart’s Abduction from the Seraglio for Holland Park Opera and Kaspar in Menotti’s Amahl and the Night Visitors at Windsor Castle.

As an experienced recording artist he has appeared on several award-winning discs, most notably with The Cardinall’s Musick.   He has also given recitals of French and English song and German Lieder.

He appears regularly with the BBC Singers, The Tallis Scholars, The Sixteen, The Geoffrey Mitchell Choir, The English Concert, Opus Anglicanum, and Electric Voice Theatre.   He is also a full time singer with Westminster Abbey choir. 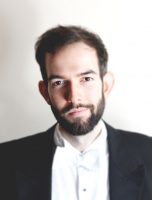 Operatic highlights have included the roles of Bartolo in Mozart’s Le nozze di Figaro, the Headman in May Night by Rimsky-Korsakov and Seneca in Monteverdi’s L’Incoronazione di Poppea with Royal Academy Opera, making his German operatic début in Weimar, performing Sarastro in Mozart’s Die Zauberflöte, and covering four roles as ‘Ensemble 3’ in Shostakovich’s The Nose at the Royal Opera House, Covent Garden.   Last year he toured with Glyndebourne singing within the solo semi-chorus in Brett Dean’s Hamlet.   He has just returned to the UK after making his début with Opéra de Lyon in the première of Alexander Raskatov’s GerMANIA.

Timothy also performs with The Monteverdi Choir and as soloist in oratorios around the UK and Europe.   Highlights include ten solo performances of Handel’s Messiah in a production staged by Le Ballet de l’Opéra National de Bordeaux in Bordeaux Opera House and several concerts of Bach’s Ascension Oratorio with the Norwegian Wind Ensemble at Easter.