Tickets (including programme) £14* and £11* for numbered seats (*£1 discount for advance booking) and £8 for un-numbered seats.

The Chorale will re-visit two favourite works which over the years have played a prominent role in its programmes.

The story of Mozart’s Requiem must be one of the more intriguing to be encountered in the history of music: of how, in the final months of his life, he was mysteriously commissioned to write it on behalf of an eccentric count whose intention – it is believed – was to pass it off as his own work in memory of his late wife; how Mozart died before being able to finish it and his widow, to safeguard his fee, arranged to have it completed by other hands; how the bulk of this work was undertaken by Mozart’s confidant Franz Xaver Süssmayr, resulting in what has remained the most performed version, despite several more recent attempted ‘completions’; and how, notwithstanding its patchwork nature, it continues to be acknowledged as one of the great monuments of the sacred choral repertory.

Puccini’s Messa di Gloria, by contrast, is an early work, dating from its composer’s student days at the former Lucca Conservatoire.   Apparently neglected following its 1880 première it was ‘re-discovered’ and published only after the Second World War.   Although youthful it reveals Puccini as an already assured composer with a fund of melody and expressive lyricism at his command, and there is no mistaking the fledgling master of opera at work.   Puccini evidently set sufficient store by the work to quote from it more than once in later years, notably in Edgar in 1889 and Manon Lescaut in 1893.

The orchestra will also perform Puccini’s Crisantemi, an elegy for strings which he composed in a single night in 1890 in memory of his friend the Duke of Aosta.   (In some countries, including Italy, chrysanthemums are associated with mourning.)   Both of the main themes of this piece are also quoted in Puccini’s opera Manon Lescaut. 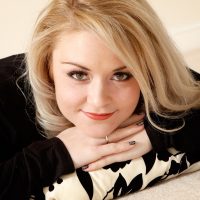 Rachel has appeared on stage as Susanna in Mozart’s The Marriage of Figaro, Sophie in Werther by Massenet, Clorinda from Rossini’s La Cenerentola, Sister Dolcina in Puccini’s Suor Angelica and Sister Mathilde in Poulenc’s Dialogues of the Carmelites and most recently played the lead as Ava in Ava’s Wedding, a new 2015 commission by Michael Wolters and Alexandra Taylor.   She has also recently performed with the Orchestra of St John’s under the direction of John Lubbock at Dorchester Abbey, at Ranworth in Norfolk for Patrick Hawes and at Castle Howard, Hazlewood Castle and Fountains Abbey in Yorkshire and Cartmel Priory in Cumbria.

An alumna of Chetham’s School of Music, the National Youth Choir of Great Britain, the CBSO Chorus and the Birmingham Conservatoire Chamber Choir, Rachel has toured this country and America performing as both a choir member and soloist.   In addition to her performing engagements, she is currently a visiting singing teacher at The Dragon School, Oxford, Kitebrook House in the Cotswolds and Pinewood School in Bourton, Wiltshire.

Martha McLorinan trained at the Royal Welsh College of Music and Drama, where she held a scholarship with the BBC National Chorus of Wales, won the Margaret Tann Williams prize and graduated with first class honours.   She has also received prizes at the Thelma King Award and the Royal Overseas League.

Her recent solo engagements have included Bach’s St. Matthew Passion and St. John Passion and Copland’s In the Beginning at Birmingham Symphony Hall with Ex Cathedra, Handel’s Messiah with Simon Halsey at the same venue and at Cadogan Hall with the ECO, Duruflé’s Requiem at Abbatiale Saint-Ouen, Rouen and Rachmaninov’s Vespers at Sherborne Abbey with Tenebrae, Brahms’s Liebeslieder Waltzes at Kings Place with The Sixteen, Vivaldi’s Gloria and Bach’s Magnificat at St. John’s Cathedral, Malta and Handel’s Jephtha at St. Patrick’s Chapel, Maynooth, Co. Kildare.

Martha’s operatic roles have included The Notary’s Wife and Anna (cover) in Strauss’s Intermezzo and Lotinka in Dvorak’s The Jacobin for Buxton Festival Opera, Tenth Ewe in Birtwistle’s Yan Tan Tethera for the Britten Sinfonia, Mrs Noye in Britten’s Noye’s Fludde in Somerset and Third Lady in Mozart’s Die Zauberflöte, broadcast on BBC Radio 3.   Her work with Tenebrae has also taken her to the Royal Opera House, where she was one of four singers to sing in Joby Talbot’s ballet Alice In Wonderland, and she recently toured in Betrayal: A Polyphonic Crime Drama with I Fagiolini.   Her solo recordings include Garcia’s Missa Pastoril with Ex Cathedra, Gorczycki’s Conductus Funebris with The Sixteen, Lesur’s Cantique des Cantiques with I Fagiolini and Bingham’s The Drowned Lovers with Tenebrae. Future engagements include Bach’s Magnificat with Les Siècles under François-Xavier Roth at Snape Maltings.

Alistair Digges was born in Glasgow and began his musical studies at the Royal Conservatoire of Scotland before being awarded a scholarship to the Royal College of Music International Opera School, where he went on to win the Knights of the Round Table Prize.   He has performed extensively as an operatic and concert soloist throughout Europe and beyond.   His engagements have included a series of recitals across India with the renowned soprano Patricia Rozario, the title role in the première of Nigel of Tilford under the baton of Laurence Cummings, Rodolfo for Vignette Productions’ acclaimed tour of La Bohème in England and France, performances for Opera da Camera Linz in Austria and performances in Russia and at the Buxton and Aldeburgh Festivals of Britten’s Parables. He has performed a vast concert repertoire including Britten’s Saint Nicolas, Verdi’s Requiem, Mendelssohn’s Elijah, Puccini’s Messa di Gloria and Rossini’s Stabat Mater and Petite Messe Solennelle, as well as masses and oratorios by Handel, Bach, Haydn and Schubert. Alongside a busy singing career Alistair is also musical director of the Edinburgh Singers, Kilmarnock Choral, Fife Opera and Opera Bohemia which he co-founded with Scottish baritone Douglas Nairne.   He is on the vocal staff of both the National Youth Choirs of Great Britain and Ulster Youth Choirs and this year is a guest workshop leader for the Voice Festival UK. 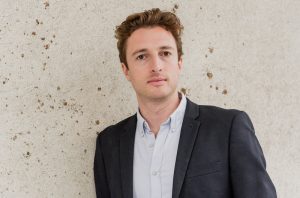 British bass-baritone Dingle Yandell studied at the Guildhall School of Music and Drama with Brian Parsons and now studies singing independently with Jessica Cash. He is currently a Young Artist at the National Opera Studio, London and is the grateful recipient of a Sybil Tutton Opera Award administered by Help Musicians UK.

Recent operatic roles have included Don Alfonso and Figaro from scenes of the Da Ponte Operas at Opera North conducted by Aleksandar Markovic. He has recently given recitals of operatic arias at the Conway Hall, German Lieder with Iain Burnside and English Song with Susan Bullock. In 2013 Dingle composed and performed the bass-baritone role for the part-improvised opera The Lingerer by Max Perryment, one of ENO’s short-listed mini-operas.   Future engagements include contemporary opera scenes at Sadler’s Wells directed by Graham Vick, scenes from Maria Stuarda and The Rape of Lucretia at Welsh National Opera directed by Elaine Kidd, Monteverdi’s L’Orfeo in Germany for Christina Pluhar and L’Arpeggiata and a solo tour with Holland Baroque.

His solo concert engagements have included Bach’s Christmas Oratorio and Handel’s Messiah at Hitomi Hall, Tokyo and with the Orchestra of Opera North, Bach’s cantatas Wachet auf and Erfreut euch at Dijon Opera House, Vaughan Williams’s Serenade to Music directed by John Wilson at the Royal Festival Hall and his Fantasia on Christmas Carols at Isumi Hall, Osaka.

For eight years Dingle toured internationally with the award-winning British ensemble Voces8.   He has also appeared regularly on BBC Radio, Classic FM and Minnesota Public Radio and made many recordings for Signum Records and Decca Classics.

Across the UK Adam Treadaway is highly sought after as a young and dynamic musician.   A graduate of the University of York  (BA Music, MA Orchestral Conducting), he is in his third season working with the Chorale.  Recently appointed as Musical Director he is thoroughly enjoying this new role and is looking forward to what he believes will be an exciting festival concert.

While at university Adam worked with a number of different ensembles, most notably conducting Poulenc’s Dialogues of the Carmelites and Johann Strauss’s Die Fledermaus with the Opera Society.   As an ensemble singer he has toured Europe with the National Youth Choir of Great Britain, performing at the famous Thomaskirche in Leipzig, the UK on Bryn Terfel’s ‘Bad Boys’ Tour and the East Coast of America with Keble College Oxford Chapel Choir.

Since leaving university Adam has held a number of conducting posts with Cotswold Youth Choirs in Burford, Take Twenty in Camden, the Foundling Museum in Russell Square and Corsham Brass Band.   In addition to these posts Adam has also worked as a vocal animateur with the Orchestra of the Age of Enlightenment.  He has held a number of teaching posts at some of the country’s top independent schools, including Abingdon School in Oxfordshire, Queen’s College in London and Westonbirt School in Gloucestershire.